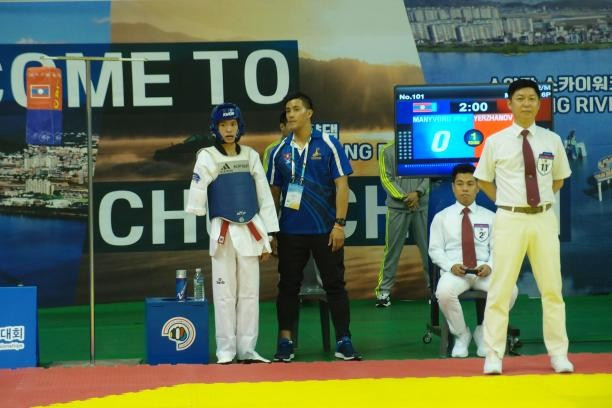 Pha Manyvong has targeted Tokyo 2020 after making a historic Para-taekwondo debut for Laos.

The 20-year-old became the first from his country to compete on the international stage when he appeared at the Asian Para Taekwondo Open in Chuncheon earlier this month.

Competing in the under-61 kilogram K42 division, he ousted Kazakhstan’s Zhumagali Yerzhanov 13-1 in the first round.

That booked a quarter-final with Iran's world number one Saeid Sadeghianpour, who ultimately proved too strong.

Sadeghianpour went on to win the event.

Taekwondo will make its Paralympic debut at Tokyo 2020 and that is where Pha has now set his sights.

"I'll continue to work out more with my hope of a Paralympic debut.

"He [Sadeghianpour] was very competitive.

"I acknowledge that he is a great fighter.

"But I want to contend with him in the future, again after I train harder."

Laos were able to send their athlete to the event in South Korea thanks to World Taekwondo's (WT) Booyoung Para Taekwondo Development Programme.

"We are very happy and grateful to be here," said Pha's coach Vanthong Samlane.

"We appreciate the WT Para Taekwondo Department and the Laos Taekwondo Federation that helped us out very well.

"I found Manyvong at a special education school.

"We started training together twice a week, after I decided to make a national team.

"I was initially a coach for the national able-bodied team.

"One day my friend from the USA suggested I get involved in the Para-side too.

"I thought that it was an interesting idea, so I discussed it with the Federation."