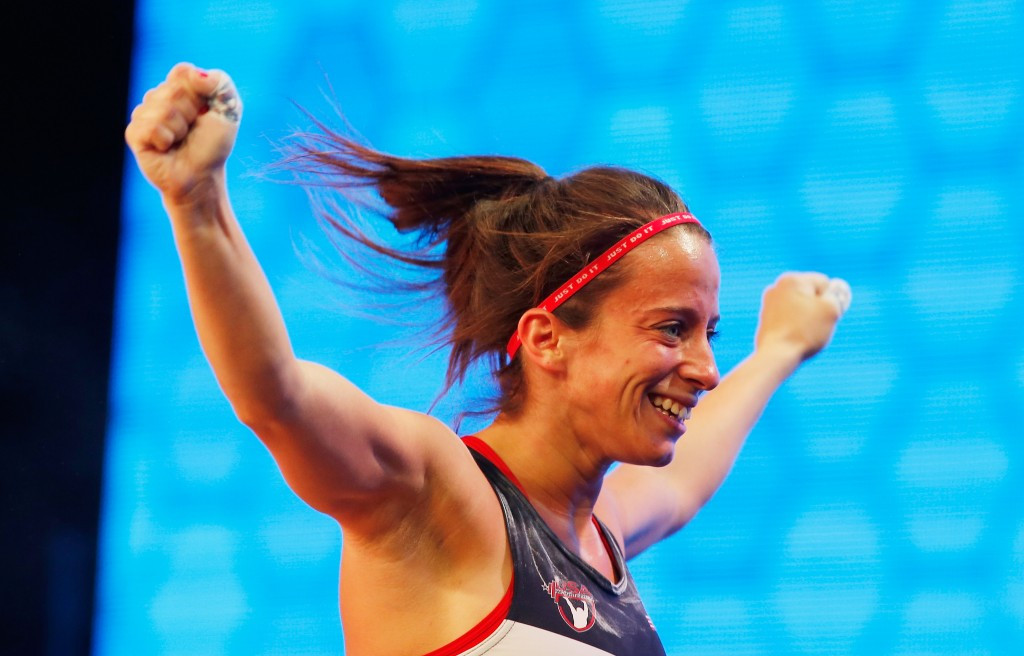 An American weightlifter who was delayed for 20 hours in a severe storm en-route to Miami, and had to sleep in a concrete basement, recovered from her ordeal to win a medal on the first day of the Pan American Weightlifting Championships here.

It was one of three medals for the United States on a day when Colombia took a clean sweep of golds - snatch, clean and jerk and total - in both the women's 48 kilograms, won by Ana Segura, and the men's 56kg, in which Carlos Berna triumphed.

Kathleen Winters left her home in Bozeman, Montana, at 11am on Friday (July 21) and did not complete her journey until 29 hours later - far longer than athletes who travelled from Brazil, Argentina and elsewhere in South America.

"There was a terrible rainstorm in Chicago, a lot of lightning, and 200 flights were cancelled," said Winters.

"There were no hotel rooms for 20 miles and I slept in a concrete basement of the Hilton.

"We were constantly put on the plane and deboarded at a different gate, even at 2.30am.

"I walked five miles at the airport in Chicago and when I finally arrived in Florida I was at Fort Lauderdale and my bags were in Miami."

But Winters still performed well in the 48kg, the first event of the five-day Championships.

Both she and her national rival Alyssa Ritchey made all their snatch attempts, earning both a place on the podium behind Segura, Ritchey second with 77kg and Winters third 1kg behind.

Both Winters and Ritchey made five straight good lifts only to miss their final clean and jerk.

Winters dropped to fourth overall, and Ritchey, who managed 172kg, finished third on total behind Segura's 177kg and the Mexican Carolina Valencia who lifted 173kg.

In the clean and jerk silver went to Valencia and bronze to Canada's Amanda Braddock.

Segura, 26, had already secured her second straight title when she just failed with a Pan American record attempt at 105kg in the clean and jerk.

Berna, 27, had a good contest against the Dominican Republic's Luis Garcia, 22.

Berna, eighth at the London 2012 Olympic Games, and Garcia, also eighth last year in Rio, were separated by only 1kg in the snatch and the clean and jerk, with Berna winning on a total of 270kg to Garcia's 268kg.

Ecuador’s Rafael Ferruzola finished 27kg behind on total but took all three bronzes.

Colombia could win more gold on a busy second day of the Championships, with Luis Mosquera clear favourite in the men's 69kg, one of four medal events in a 12-hour programme.