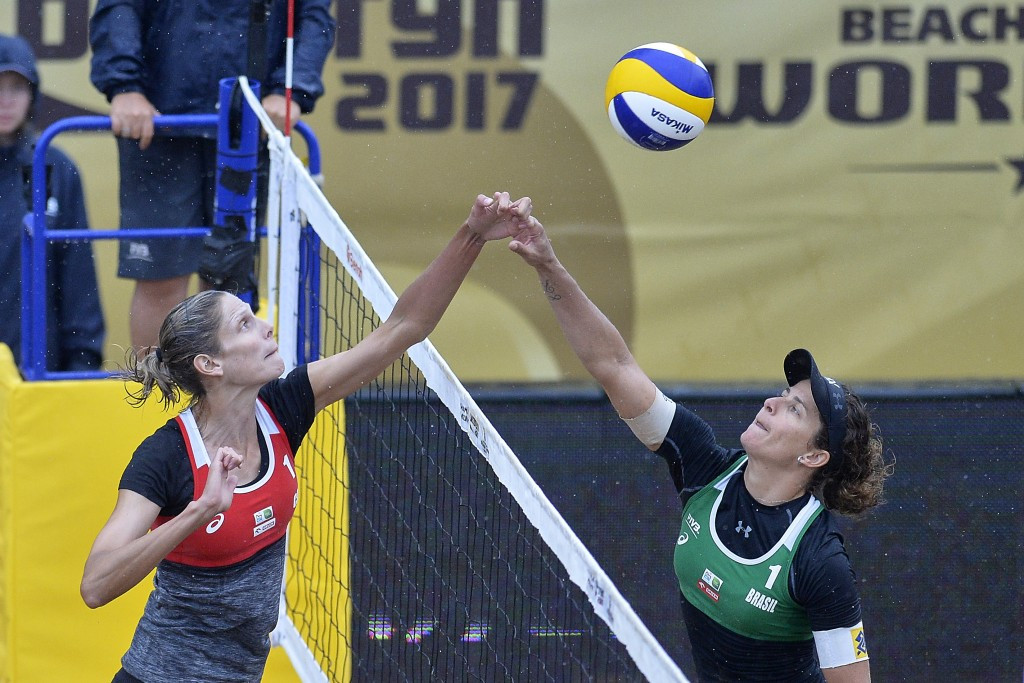 Brazil’s Talita Antunes and Larissa Franca have won back the women’s title at the International Volleyball Federation (FIVB) Olsztyn Open.

The pair picked up the gold medal in Poland in 2015 before failing to reclaim it 12 months later in the final.

They made no mistake this time as they saw off Sarah Pavan and Melissa Humana-Paredes of Canada at Lake Ukiel.

They required three sets to finish the job off though, but eventually Larissa and Talita came through with a 20-22, 21-18, 16-14 success.

Another pairing from Brazil, Agatha Bednarczuk and Eduarda Santos, claimed the bronze medal after Nicole Branagh and Kerri Walsh Jennings of the United States pulled out due to a shoulder injury to the latter player.

In the men’s final, German qualifiers Markus Böckermann and Lars Flüggen completed a remarkable week by taking home the title.

They became just the 16th pair in the FIVB Beach World Tour’s 30-year history to claim a tournament win after having to come through the qualification rounds.