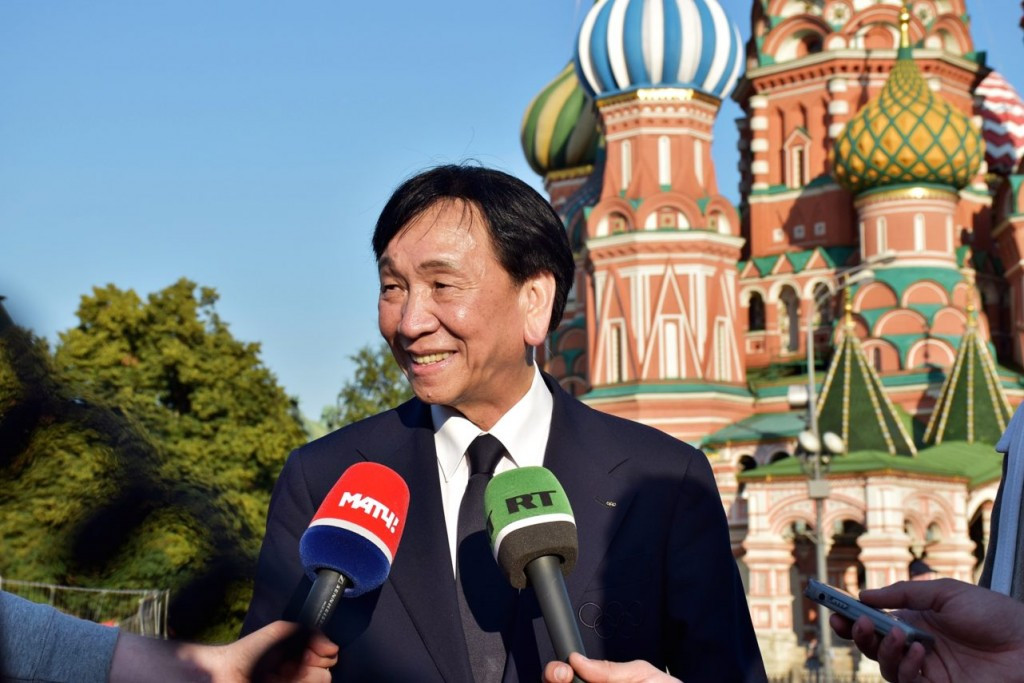 Final bid presentations for the 2019 International Boxing Association (AIBA) World Championships are due to be made at AIBA’s latest Executive Committee meeting, which is scheduled to begin in Moscow tomorrow amid reports the governing body is on the verge of bankruptcy.

Russia and Ukraine are among the countries who have bid for the event in two years’ time.

The winner is due to be announced at the 2017 World Championships in German city Hamburg, where action is set to take place from August 25 to September 2.

Boxing Federation of Russia (BFR) President Umar Kremlev has told the country's official news agency TASS earlier this month that it has submitted a bid for both the 2019 World Championships and the 2018 AIBA Congress.

The BFR is proposing Sochi, which staged the 2014 Winter Olympic Games, as a host city.

Sochi and Tashkent, the capital of Uzbekistan, missed out when AIBA awarded hosting rights for the 2017 World Championships to Hamburg in October 2015.

The Ukrainian Boxing Federation has also revealed they have submitted a bid for the 2019 World Championships, according to Dmitrij Gajstruk, an advisor to the body’s President, Vladimir Prodivus.

The start of the Championships were overshadowed though, when nine members of Russia’s, including top boxer Georgy Kushitashvili, were denied entry to Ukraine.

It was alleged all nine people had illegally visited Crimea, which Russia annexed in 2014 in the face of international protests.

Ukraine has never hosted the biennial World Championships, while Moscow staged the fifth edition of the event in 1989.

It is claimed the bids reflect AIBA’s efforts to expand on previous editions with heightened marketing and media coverage, vital new partnerships and a complete upscaling of boxing’s most prestigious event.

The two-day Executive Committee meeting comes at a time when AIBA is fending off reports it is on the verge of bankruptcy.

The governing body has claimed a settlement agreement has been reached with Azerbaijani company Benkons MMC to repay a $10 million (£7.7 million/€8.6 million) loan.

But Benkons director Hamid Hamidov had reportedly claimed there was no schedule to repay the loan that was given in 2011 and due to be repaid by 2013.

He also warned if Baku-based Benkons do not receive immediate and full repayment, they will instruct their lawyers to take legal action against AIBA and Wu for recovery in Swiss courts.

In November of last year, AIBA had announced it plans to pursue criminal charges against its former executive director Ho Kim as part of an investigation surrounding money allegedly having disappeared from their accounts.

According to The New York Times, a study undertaken by PricewaterhouseCoopers (PwC) could not account for almost half of a $10 million loan.

PwC's report was commissioned by Wu in June 2015 following a request from the International Olympic Committee to comply with good governance standards.

In a separate development, Wu Di has filed for the return of money he invested in Boxing Marketing Arm (BMA), set up to promote and sell rights for all AIBA products.

Wu Di, owner of the firm First Commitment International Trade Company, invested CHF19 million (£15.5 million/$20 million/€17.2 million) into BMA, but filed paperwork on May 31 requesting that his money be returned.

In a letter sent to AIBA Executive Committee members on June 19, he claimed that Wu had "promised me the return of my investment in several years".

Wu has promised that a full financial report would be provided to Executive Committee members at the meeting.

A crowd of 3,000 gathered to set a Guinness World Record for the number of people practicing boxing at one time, clocking 31 minutes of simultaneous training led by double Olympic champions Oleg Saitov and Aleksai Tishchenko.

The record came 24 hours after 50,000 people in cities across Russia had come together to celebrate the sport in unison.

"The Russian Boxing Federation has created something great for the promotion of boxing with this world record and by bringing together so many young people to celebrate our sport," Wu said.

"Seeing legendary Olympic champions encouraging all these people was a special moment and epitomises the values of the AIBA family.

"The impact that this can have on future generations of Russian boxers must not be underestimate, so I congratulate everyone involved in organising this remarkable occasion."

Another of Russia’s most decorated Olympic boxers, two-time light middleweight gold medallist Boris Lagutin, addressed the crowds with words of encouragement as the record attempt got underway.

From there, attention moved to the other end of Red Square where an exhibition of boxing took place into the evening.

Saint Basil’s Cathedral and the Kremlin provided a backdrop.