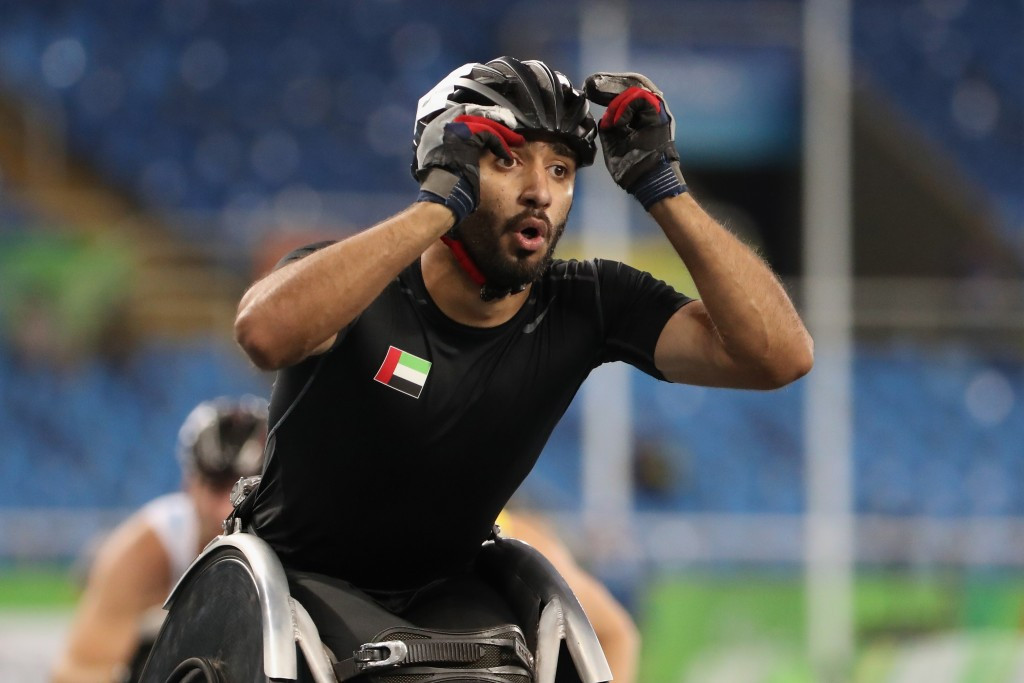 The United Arab Emirates’ Mohamed Alhammadi has pledged to present all his medals from the 2017 World Para Athletics Championships to the children of team-mate Abdullah Hayayei, who died last week while preparing for the event here.

The 32-year-old wheelchair racer will be looking to claim a fourth medal this evening when he competes in the 200m.

Hayayei died at the Newham Leisure Centre on July 11 after the discus cage at the venue fell on his head.

Emergency services were called to the venue shortly after 5pm local time following the incident but the 36-year-old thrower was pronounced dead at the scene 20 minutes later.

People came from across the UAE for the funeral of father of five Hayayei, who was laid to rest on Wednesday (July 19) at a cemetery in his native Fujairah.

"I have won three medals so far and I want to win a fourth and give them all to the children of Abdullah," Alhammadi told The National.

"All the UAE team made this promise to bring medals to them."

The opening of the Championships saw the UAE’s team manager Theban Almheiri receive a special medal for Hayayei’s family.

Following a moment's silence as a mark of respect to Hayayei, London 2017 co-chairman Ed Warner presented Almheiri with a specially-minted medal to take home and pass on.

International Paralympic Committee President Sir Philip Craven revealed that he will be visiting Hayayei’s family on the occasion of the body's General Assembly in UAE's capital Abu Dhabi in early September.

At Rio 2016, Hayayei finished sixth in the javelin F34 and seventh in the shot put F34.

He was set to participate in the F34 shot put, discus and javelin events here.

Hayayei finished fifth in the discus and eighth in shot put at the 2015 World Championships in Doha.