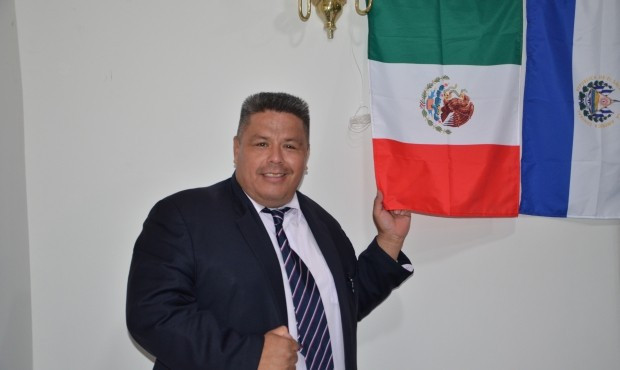 Association of Sambo and Combat Sambo of Mexico President Antonio Ramírez Rebollar is hopeful of organising the next edition of the Pan American Championships.

Rebollar is based in Acapulco and believes the coastal city could prove an ideal destination for next year’s Championships.

Mexico City has also been suggested as a potential host, but funding would be required to take the event to the country.

“At the moment, I'm negotiating with the state and the city of Acapulco, the Governor and the Mayor, in order to get support for the next Pan America Sambo championship, since we can not do without state support,” Rebollar said.

“Mexico City on the one hand is more likely and preferable place, because it has all the necessary infrastructure, but on the other hand in Acapulco, sambo is more developed.

“There is more interest in it in the city, besides Acapulco is a tourist place and I would be more pleased to host the tournament.”

Rebollar added that he uses sambo techniques in his job as a policeman, including teaching his colleagues.

The Mexican claimed developing the sport throughout the country remains a challenging task, arguing a clear ranking system is needed to boost motivation for athletes in the nation.

“One of the priority tasks is to achieve the unification of the rank system, we had a case in Mexico when one Cuban coach handed his belt to a student, then an American coach arrived, handed another pupil another belt, there was confusion, no one understood,” he said.

“Sambo is a very tough and complicated sport.

“In martial arts there is a system for passing exams and obtaining belts, which, of course, is a motivation for the students, in sambo there is none.

“Therefore, a system of ranks is needed.

“Another task is to expand the geography of sambo teaching in the country.

“In Mexico, 31 states, respectively, in order to create a full federation it is necessary that at least 15 states establish regional associations for sambo and at the moment there are only eight.”