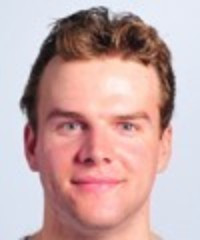 Rozanov's success followed the time trial gold and points silver medals that he won at the 2013 edition in Sofia.

The 28-year-old produced a superb performance to win the 50 kilometres race against the clock in 1 hour 07min 55.60sec.

Adrian Babic of Slovakia finished in a distant second place in 1:10:40.50.

It proved a momentary blip to Russian domination, though, as Ivan Vladimirovich Makarov took bronze in 1:11:06.30.

The world's largest country also enjoyed victory in the corresponding women's race, with Bondareva triumphing over the 35km course in 48:37.921.

Ludy Nava Correa took Venezuelan silver in 49:21.322 while the final place on the podium was taken by Yukari Minohara of Japan.

The excitement of bicycle all around the Samsun. #Deaflympics2017 🚴🚴🚴 pic.twitter.com/tHaO5ABD09

This included a world record for Viktoriia Terenteva in the women's 200 metres freestyle.

Hu Yuchen of China finished over 5sec behind when touching in 2:09.83 for second.

Bronze was taken by Mariya Rezhylo of Ukraine in 2:10.16.