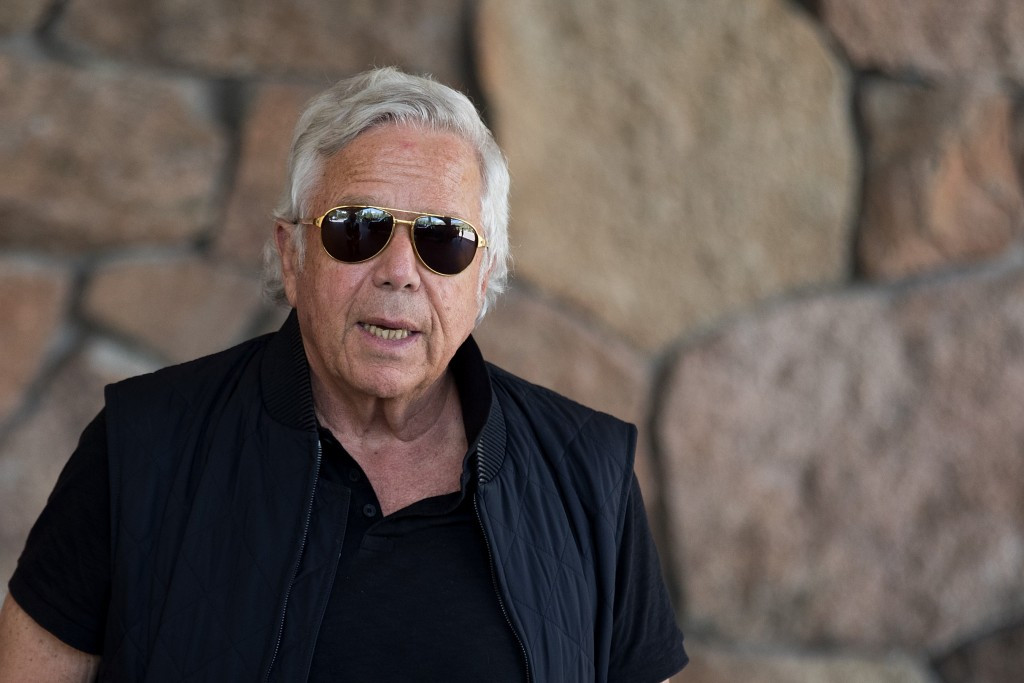 Billionaire businessman Robert Kraft has been named honorary chairman of the board for the joint 2026 FIFA World Cup bid from the United States, Canada and Mexico.

Kraft, who owns Super Bowl champions the New England Patriots and Major League Soccer franchise the New England Revolution, claimed the World Cup returning to North America was "long overdue" after the US last hosted it in 1994.

The 76-year-old's appointment comes after the United Bid Committee was officially formed earlier this month, with US Soccer head and FIFA Council member Sunil Gulati serving as chairman.

The joint bid from the three nations was announced in April and is to be submitted to FIFA by March 16 next year.

"The FIFA World Cup’s ability to build bridges and bring people together is unlike any other medium," said Kraft, who has an estimated net worth of over $5 billion (£3.9 billion/€4.3 billion), said.

"By 2026, more than 30 years will have passed since we hosted the FIFA World Cup and its return to North America is long overdue.

"I am honoured to be serving in this role and eager to do everything in my power to bring the FIFA World Cup back to North America to share the competition with all the deserving fans in the United States, Canada and Mexico."

Kraft is widely recognised as one of the most successful owners in professional sport and has been an important figure in American soccer.

The chairman and chief executive of the Kraft Group has been at the forefront of the sport in the country after becoming the founding investor and operator of the New England Revolution, one of the MLS' 10 charter clubs, in 1995.

He also helped secure the Foxboro Stadium, which has since been replaced with the new Gillette Stadium, as one of the nine venues for the 1994 World Cup.

The Patriots have won five Super Bowls since he purchased the team back in 1994.

Gulati welcomed Kraft's appointment and claimed he has been "one of the most influential figures in modern professional sports in the United States".

"He is a leader who saw the potential of soccer in America early on and has been heavily invested in the success and growth of the game over the last three decades," added Gulati.

"Robert will be a great asset to our effort to bring the 2026 FIFA World Cup to North America."

In May, FIFA's membership voted overwhelmingly in favour of the Council's proposals to keep the bidding window for the 2026 World Cup open for a further three months at the governing body's Congress in Bahrain.

The motion, which gave eligible nations until August 11 to enter the race for the tournament, passed with a 93 per cent majority.

It came after the Council rejected a proposal from the Canada, Mexico and the US to fast-track their bid.

They instead opted to allow other nations to submit an expression of interest in hosting the competition before the deadline.

The expedited process for the 2026 event will see the host nation decided at next year's FIFA Congress on June 13 in Moscow, held prior to the opening match of the 2018 World Cup in Russia.

As part of current World Cup rotation rules, UEFA and the Asian Football Confederation are not eligible as Russia and Qatar are hosting the 2018 and 2022 editions respectively.

However, they will be granted the opportunity to launch an attempt to stage the competition if any of the candidates for 2026 fail to meet FIFA's requirements.

Morocco are the only other mooted potential bidder for 2026, but may reconsider in the face of competition from North America.