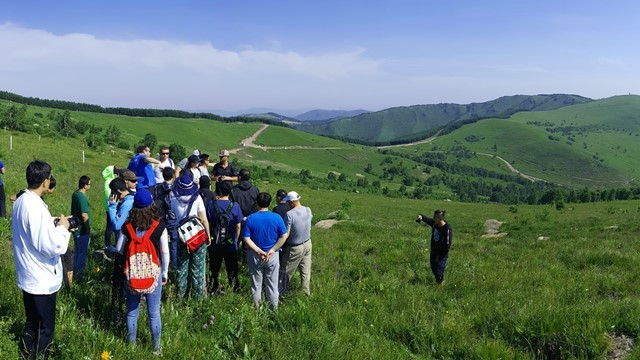 They inspected Zhangjiakou, the Genting Secret Garden, Thaiwoo Resort and Beijing's Shoungang Industrial Park while meeting with members of the 2022 Organising Committee.

Organisers of the 2021 FIS Freestyle Ski and Snowboard World Championships in Zhangjiakou were also present as key areas of planning were discussed.

Shouganag Park is where big air competitions will take place in 2022, in the south-west part of the Chinese capital.

The Organising Committee have now relocated to the area, and meetings were held about the location of the ramp for the Olympic competition.

A purpose-built structure will be the first of its kind at a Winter Games.

Other topics covered included plans for test events in the run-up to Beijing 2022.

Beijing won the right to host the Games at the 128th International Olympic Committee Session in Kuala Lumpur in 2015, narrowly defeating only rival Almaty by 44 votes to 40.

A perceived lack of snow in Beijing, which will become the only city to host both the Summer and Winter Olympic Games after staging the former in 2008, was a key issue in the build-up to the vote.