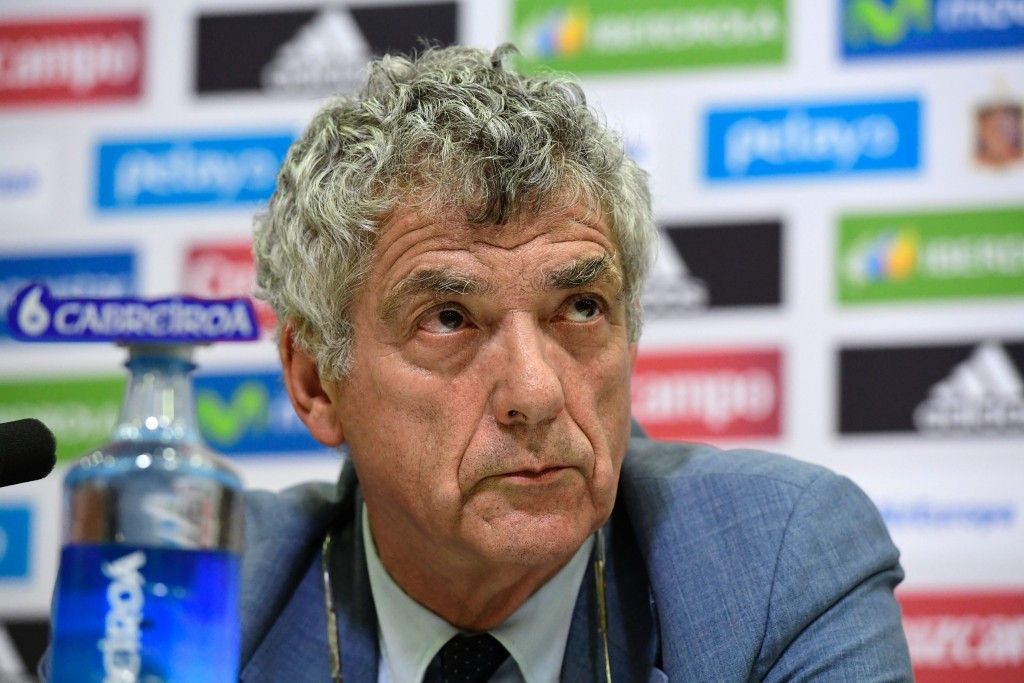 Villar, who was re-elected as RFEF's leader in May, was one of several football executives arrested by police over allegations of collusion, fraud and embezzlement in connection with international friendlies played by Spain's national team.

This includes a match against South Korea on June 1 last year in Salzburg, Austria.

Reports claim other crimes being looked at within the probe include improper management, falsifying documents, private corruption, misappropriation and asset stripping.

Allegations have also been made claiming Villar sought favours in return for being re-elected and that he used RFEF funds to help give preferential treatment to regional football directors.

Raids took place in the headquarters of RFEF and the regional federation for Tenerife along with several other private offices.

According to Spanish media, his son Gorka is among those who are being held by police.

It has also been reported by police officials that at least four people have been arrested in total.

Spanish newspaper Marca has reported that another of the arrested party is RFEF's economic vice-president Juan Padron.

Villar, who played for Athletic Bilbao during his playing career, which also saw him earn 22 caps for Spain, has served as RFEF President since 1988.

In the build-up to his most recent re-election, Villar’s rival Jorge Perez, the former secretary general of the organisation, withdrew from the race after claiming there had been irregularities in the process.

He called on the Spanish Sports Tribunal and Sports Council to cancel the election, but this did not happen.

During his time as RFEF President, Villar oversaw Spain's first World Cup crown when they defeated The Netherlands 1-0 in the final at South Africa 2010.

They have also won consecutive UEFA European Championships, in 2008 and 2012, during his tenure.

He served as the interim UEFA President between October 2015 and September 2016 following Michel Platini's ban and is also a senior vice-president of FIFA.