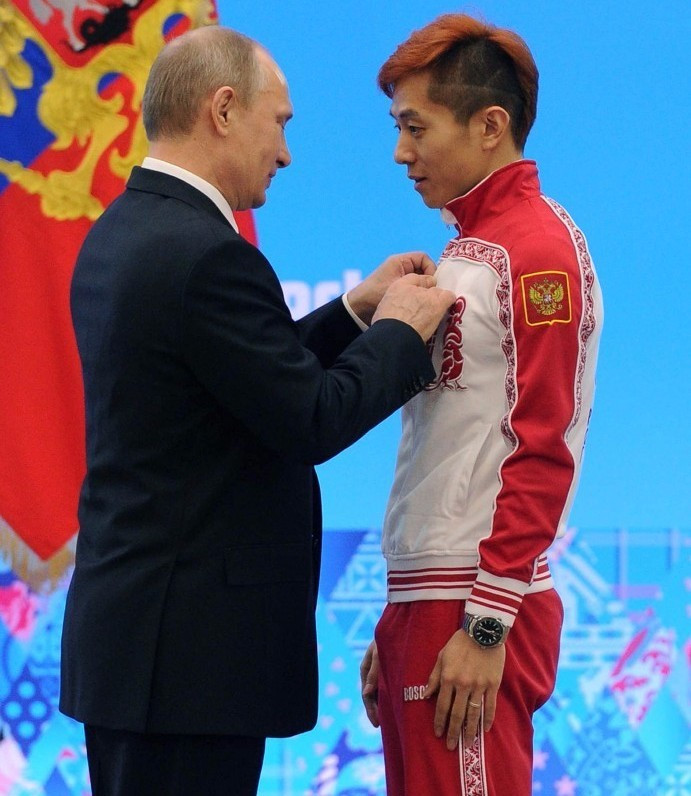 Six-time Olympic short track speed skating champion Viktor Ahn said he is prepared for the possibility of a hostile reception from the South Korean crowd at Pyeongchang 2018.

The 31-year-old was born in Seoul and won the first of his three golds for South Korea at the Turin 2006 Winter Olympics.

However, he switched allegiances to Russia in 2011 after a row with the Korean Skating Union and his failure to make the Vancouver 2010 team.

At Sochi 2014, he won a further three Olympic gold medals for his new country.

Ahn, who adapted his name from Ahn Hyun Soo, is now preparing to return to South Korea for the Pyeongchang Games in February and has admitted there might be booing from the crowd in his former homeland.

This is despite being received warmly at the International Skating Union Short Track World Cup at the Gangneung Ice Arena, a Pyeongchang 2018 venue, in December.

"I think the crowd's reaction may bother me, but I won't think about that now," Ahn said to Yonhap.

"It's something I have to deal with, and I braced myself for this ever since I first got my Russian passport.

"Not everyone will think of me the same way."

Ahn, one of the most decorated short track skaters who also boasts 20 World Championship gold medals, won the 1,000 metres, 1,500m and 5,000m relay titles for the country of his birth at Turin 2006.

He also won 500m bronze in the Italian city.

Russia's place at Pyeongchang 2018 could yet be under threat as the International Olympic Committee continues to investigate doping allegations.