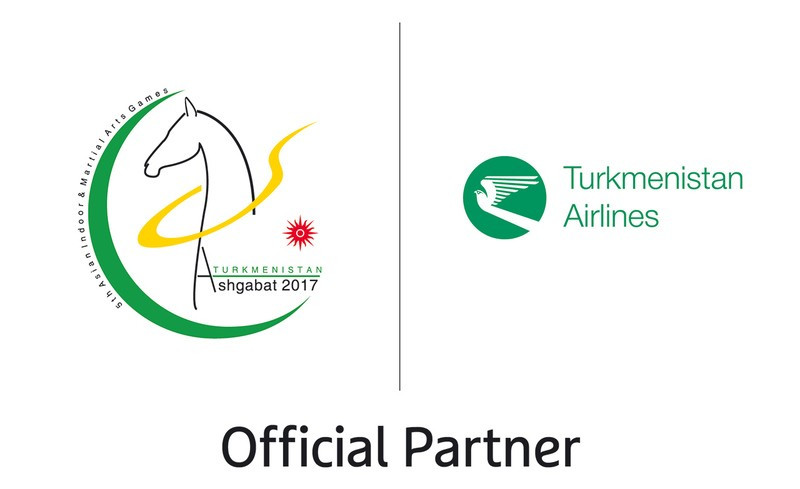 Turkmenistan Airlines has become the first national brand to join the Ashgabat 2017 Asian Indoor and Martial Arts Games (AIMAG) as an official partner.

The flag carrier airline of Turkmenistan operates domestic and international passenger and cargo services, predominantly from its hub at Ashgabat International Airport.

As well as supporting the Games as a sponsor, Turkmenistan Airlines is also involved with the arrivals and departures operations into Ashgabat for the fifth edition of the Games.

Joint planning has been taking place over the last year for the arrival of more than 8,000 athletes and guests at the event, which is scheduled to take place from September 17 to 27.

Among these processes was ere the operation of Ashgabat 2017 FastTrack lanes for immigration and customs procedures, and an exclusive arrivals hall for all Ashgabat 2017 accredited guests.

"It is fantastic to have one of the biggest brands in the country become a partner of Ashgabat 2017," Dayanch Gulgeldiyev, chairman of the Ashgabat 2017 Executive Committee, said.

"Turkmenistan Airlines will play a big role in the Games, by providing international transport services and showcasing the warm Turkmen hospitality before our guests even touch down in the country."

A spokesperson for Turkmenistan Airlines’s executive management added: "Ashgabat 2017 will be an historic moment for our country.

"We are extremely proud to support the Games and to play a part in showcasing our beautiful country to the world."

Ashgabat 2017 is set to feature 21 sports across 15 venues over 12 days of competition.

Turkmenistan’s capital was awarded the Games by the Olympic Council of Asia (OCA) in 2010.