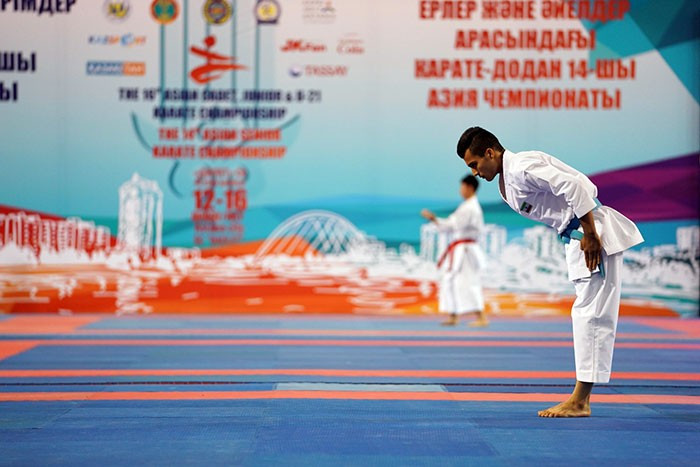 Iran finished top of the medals table as the Asian Karate Championships drew to a conclusion in Astana.

Their team finished the Championships in the Kazakhstan capital with a total of 42 medals, including 20 golds.

He saw off the challenge of Uzbekistan’s rising star Sadriddin Saymatov, who had eyed an upset having secured three golds in three Karate 1-Premier League tournaments this year.

Mehdizadeh’s triumph continued his dominance of the event, having now claimed two world and continental crowns so far in his career.

Iran proved the dominant nation in team competitions, winning both the men’s and women’s kumite events.

Their men’s team saw off the challenge of Saudi Arabia in the final, before their women’s team overcame Chinese Taipei.

There was disappointment for Iran’s Sajad Ganjzadeh in the men's over-84kg kumite event, as the world champion was surprisingly beaten by young Saudi Arabian talent Tareg Hamedi.

Kiyuna remains unbeaten since 2013 and look to preserve his record when he competes at the World Games in Wrocław.