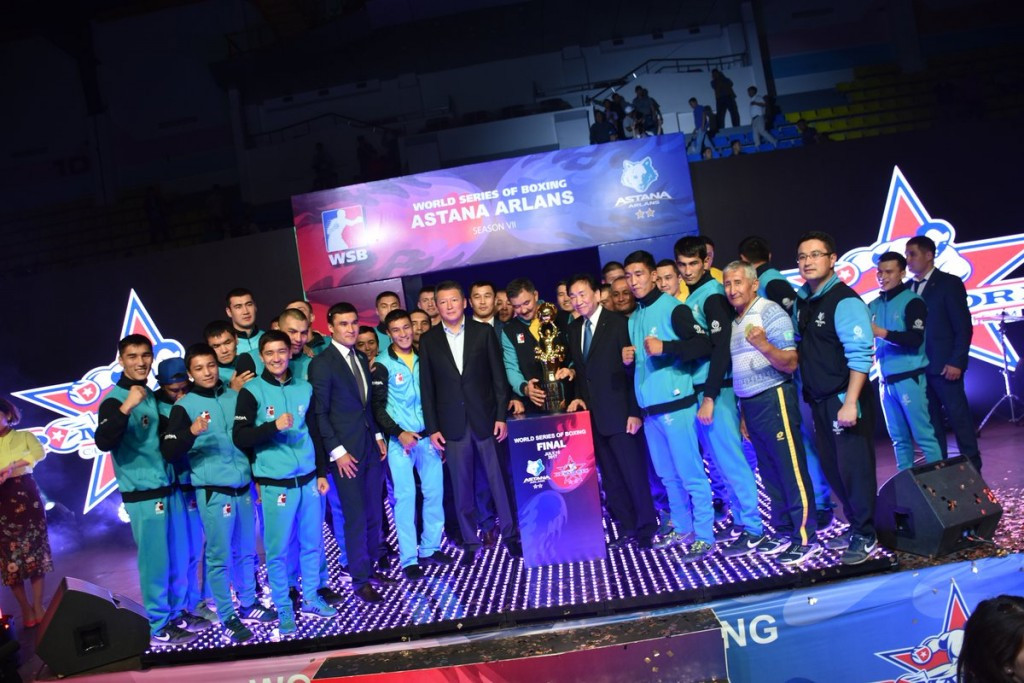 Both teams were aiming for an unprecedented third title but it was the hosts who secured it following a thrilling tie-break bout at the Sport Palace Kazakhstan in Astana.

An extra contest was needed after both teams had earned five victories from the 10 bouts earlier in the day.

The final came down to a flyweight battle between Astana's Olzhas Bainiyazov and Cuba's Frank Zaldivar.

Much to the delight of the home crowd, Bainiyazov was victorious to score a decisive sixth point for his team via unanimous decision.

Earlier in the day, the Domadores built a one point lead following the first five contests.

At light-flyweight Astana's Temirtas Zhussupov scored a unanimous points decision victory over the Domadores' Johanys Argilagos, before a bantamweight battle between Kazakhstan's Ilyas Suleimenov and Javier Ibañez handed the hosts a second point with a comprehensive points decision win.

Trailing by two, the Domadores went on to win the session's final three bouts.

Rio 2016 bronze medallist Erislandy Savon then nudged Cuba in front as he defeated Anton Pinchuk at heavyweight by unanimous decision.

In the first contest of the second session, flyweight Yosbany Veitia extended the Domadores' advantage to 4-2 with a comprehensive points win over Olzhas Sattibayev.

Astana pulled a point back through Zakir Safiullin as he overcame Lazaro Alvarez by split decision at lightweight.

Levelling the contest at 4-4 with just two bouts remaining was welterweight Aslanbek Shymbergenov.

He scored a unanimous decision win over Roniel Iglesias.

Just as the hosts had recovered they found themselves behind once more, when Julio La Cruz proved too strong for Arman Rysebek at light-heavyweight and scored a comprehensive points victory.

He managed to beat Yoandry Toirac by unanimous decision, forcing the deciding contest which his compatriot Bainiyazov eventually won.