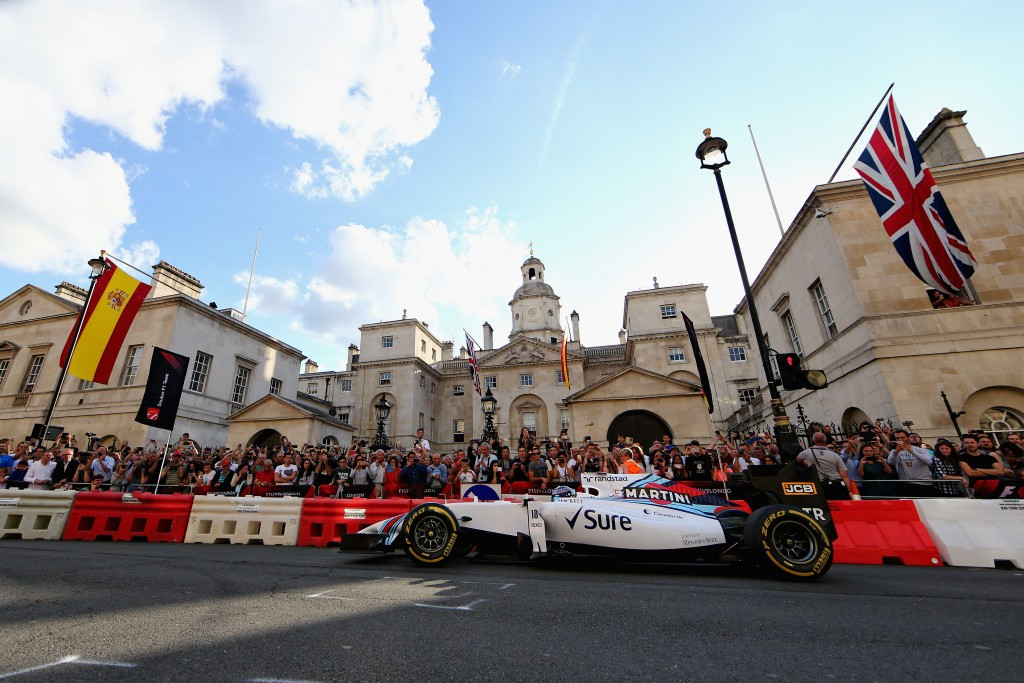 A future Formula One Grand Prix could be held at London’s Queen Elizabeth Olympic Park after a privately-owned company revealed it has pitched a plan to the city’s Mayor Sadiq Khan.

It comes after the owners of Silverstone, the current home of the British Grand Prix, announced earlier this week that they had triggered a break clause in their contract with F1 meaning there will be no race in Great Britain after 2019 as things stand.

Under the London GP proposal, a copy of which has been obtained by City A.M., cars would race into and then out of the Olympic Stadium here in Stratford in east London as part of a seven-day festival featuring concerts and other performances centred around the event.

It would rival a separate bid to stage a Grand Prix in the London Docklands, which City A.M. claims would involve a race using roads in Silvertown - an industrialised district in the West Ham area.

"We are aware of a proposal from London GP," a spokesperson for Khan was reported as saying by City A.M.

"However, the initial decision on whether to take forward a Grand Prix in London would need to be made by F1."

The Olympic Park proposal says a total of 100,000 spectators could attend the Grand Prix with 60,000 seats inside the Olympic Stadium and 40,000 seats on the outskirts.

The traditional three-day race weekend would be preceded by a music and car festival, running from the previous Saturday to Thursday, that could be attended by up to one million people.

The proposal adds that it would include a "post-race Closing Ceremony with a grand spectacular concert and fireworks, with hand over to the next destination promoter on the F1 event calendar".

It is claimed the event would deliver annual revenues of £82.5 million ($108 million/€94.2 million) and not require any Government funding.

"We regularly receive many bids to host a Formula One Grand Prix from locations around the world," a spokesperson for Liberty Media, which completed a £6 billion ($8 billion/€7 billion) takeover of F1 earlier this year, told City A.M.

"All bids are considered on a case-by-case basis, with our fans at the forefront of our minds in the decision-making process.

"The Silverstone contract is still in place for another three years, so we have plenty of time to assess our options.

"We are committed to having a British Grand Prix."

City A.M reports the idea has been suggested as a completely separate event, rather than a rival to Silverstone, with Liberty Media open to holding more than one Grand Prix in Britain.

Khan said earlier this week he was open to bringing a Grand Prix to England’s capital, during an event which saw F1 racing cars of the past take to the streets around Trafalgar Square.

City A.M. reports that the people behind the London GP were those who lost out to Premier League football club West Ham United in the bidding race for the use of the Olympic Stadium in 2012.

The Stadium officially became the home of West Ham at the start of the 2016-17 season.

It is currently hosting the World Para Athletics Championships.