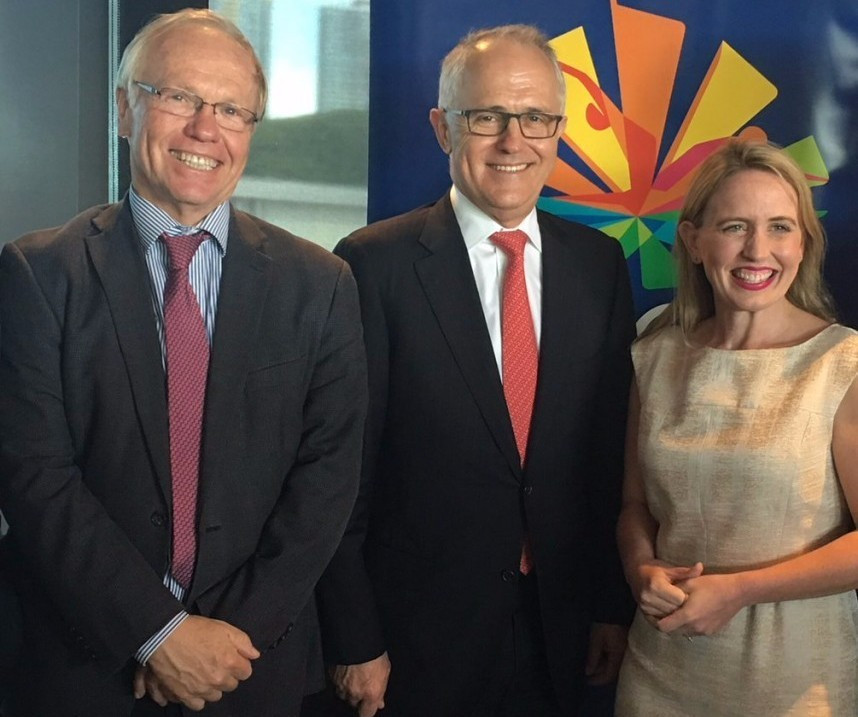 Turnbull visited the Gold Coast Aquatics Centre during his time in the city, with the venue set to stage swimming and diving action at next year’s Commonwealth Games.

He joined Gold Coast 2018 chairman Peter Beattie and Kate Jones, the Minister for Tourism, Major Events and the Commonwealth Games, with the Prime Minister vowing to make the Games a great success.

"The investment we have seen today is fantastic," Turnbull said.

"This is going to be a great occasion to showcase the Gold Coast, Australia and the great talent, some of them who we have met by the pool.

"We have been pleased to have partnered with the State Government, we have got over AUD$300 million (£180 million/$235 million/€205 million) of investment here in sporting facilities, infrastructure and the light rail.

"Of course, we will be providing a huge amount of security and other services to ensure the Games are a great success."

The Prime Minister's visit coincided with the official unveiling of the Gold Coast Hockey Centre, which is the final venue to be opened for the Games.

Gold Coast Mayor Tom Tate joined Beattie at the event, just days after a public spat between the pair.

He claimed this had been an attempt to undermine Dickson's position as the Council's chief executive, with his contract set to expire in December.

Tate, who is reportedly set to review the tickets which were purchased using taxpayers' money, was critical of Beattie's intervention.

"Peter Beattie should control his mouth because this would have been a one-day story," Tate said, according to ABC Gold Coast.

"For him to go and have positions about infighting, about reprimanding councillors; he is past his use-by-date as a politician.

"He should pull his head in, get on with the Games and we will help promote the city."

Both Beattie and Tate put their differences aside at the hockey centre unveiling.

The centre will have a capacity of 5,000 for the Commonwealth Games, with a redevelopment seeing two new all-weather synthetic pitches installed.

There is also a grass pitch and an extended club house.

It is claimed the centre will be one of Queensland's premier hockey venues, with the potential to host international competitions beyond Gold Coast 2018.