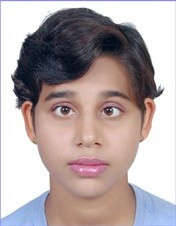 Indian Para-swimmer Kanchanmala Pande has claimed she was forced to beg for money after being left financially stranded by national sporting authorities at the World Para Swimming World Series in Berlin last week.

Pande was one of six Indian swimmers competing in the German capital that were left stunned when funding sanctioned by the Paralympic Committee of India (PCI) did not materialise.

The PCI has blamed the Sports Authority of India (SAI) for the situation.

"I had to qualify for the World Championships and I don't know why the PCI didn't understand its importance.

"I was not given any official confirmation if I will receive a reimbursement for the expense I bore.

Despite the problems, Pande won a silver medal and qualified for the World Para Swimming Championships, due to start on September 30 in Mexico City.

She beat the qualifying mark in the 100 metres freestyle, 100m backstroke, 100m breaststroke and 200m individual medley, in which she also picked up the silver medal.

Pande became the only female swimmer from India to qualify for the championships.

To make matter worse for Pande, the PCI had registered her in the 50m backstroke event rather than the 100m.

According to Mail Today, PCI vice-president Gurucharan Singh claimed that the SAI had not sanctioned financial aid for the tournament and confirmed that the swimmers will be refunded.

"We are facing problems from with SAI regarding sanction of amount for championships," Singh said.

"The money for the Berlin tournament didn't come on time and as the process takes around 3-4 days, we weren't able to provide it to the swimmers.

"The swimmers will be given back their money."

Beijing 2008 Olympic shooting champion Abhinav Bindra has expressed his anger at the situation.

He took to social media to claim that those at fault must be held responsible.

“This is UNACCEPTABLE. People must be held accountable," he said on Twitter.

However, Goel replied stating that: "I'm informed funds were released to Paralympic Committee by SAI."

"Trying to ascertain from PCI where problem lies."