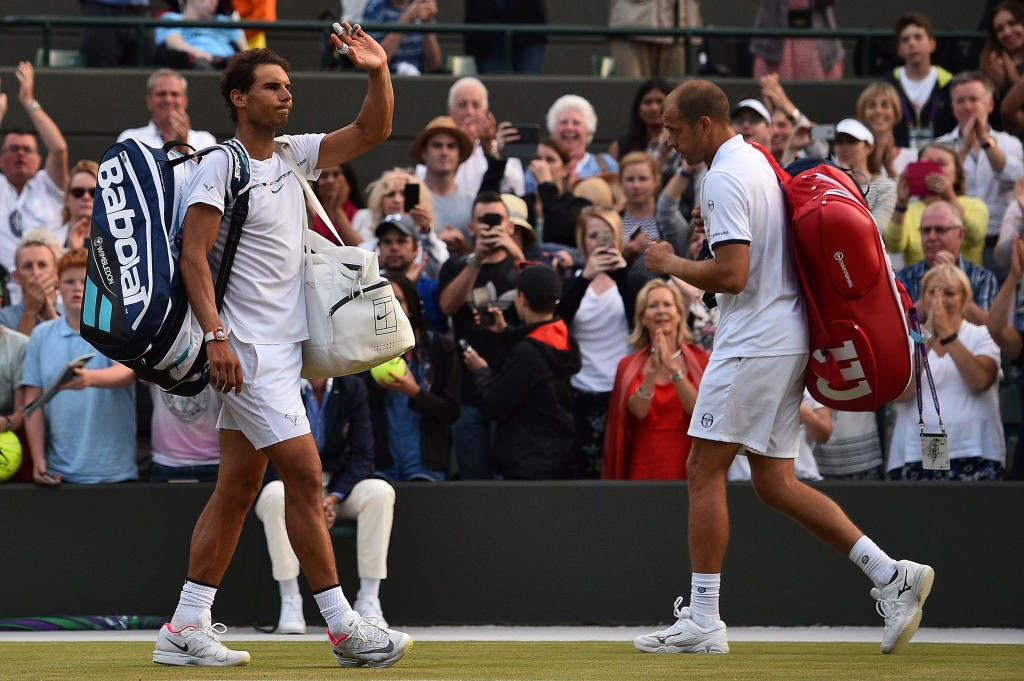 Two-time champion Rafael Nadal was knocked out of Wimbledon after losing to Luxembourg’s Gilles Muller in a mammoth five-set match at the All England Lawn Tennis Club today.

"It was a long match - I was two sets up, I played well then Rafa stepped it up and then it was a big battle.

"I had match points and didn’t make them - it was getting tough and I was watching the sky thinking that would be over soon.

"Then in the last two match points I thought just give it a shot and go 100 per cent.

Muller's reward is a quarter-final encounter with Croatia’s Marin Čilić, who eased to a 6-2, 6-2, 6-2 win over Spain’s Roberto Bautista Agut.

Djokovic and Mannarino are due to play their fourth-round match tomorrow.

Defeat for Kerber means she will lose her world number one ranking as she had needed to reach final to have a chance of retaining top spot.

Romania's Simona Halep will replace Kerber as world number one if she reaches the semi-finals.

Standing between her and a place in the last four is Johanna Konta, who becomes the first British woman since Jo Durie in 1984 to reach the quarter-finals of Wimbledon with a 7-6, 4-6, 6-4 win over France’s Caroline Garcia.

Five-time champion Venus Williams moved into the quarter-finals with a routine 6-3, 6-2 win over Croatia's Ana Konjuh.

The 37-year-old American, seeded 10th, will take on French Open champion Jelena Ostapenko of Latvia in the last eight.

Slovakia's Magdaléna Rybáriková, ranked 87th in the world, qualified for her first Grand Slam quarter-final with a 6-4, 2-6, 6-3 victory over Croatia’s Petra Martic.

Rybáriková next goes up against American Coco Vandeweghe, who beat former world number one Caroline Wozniacki of Denmark 7-6, 6-4.