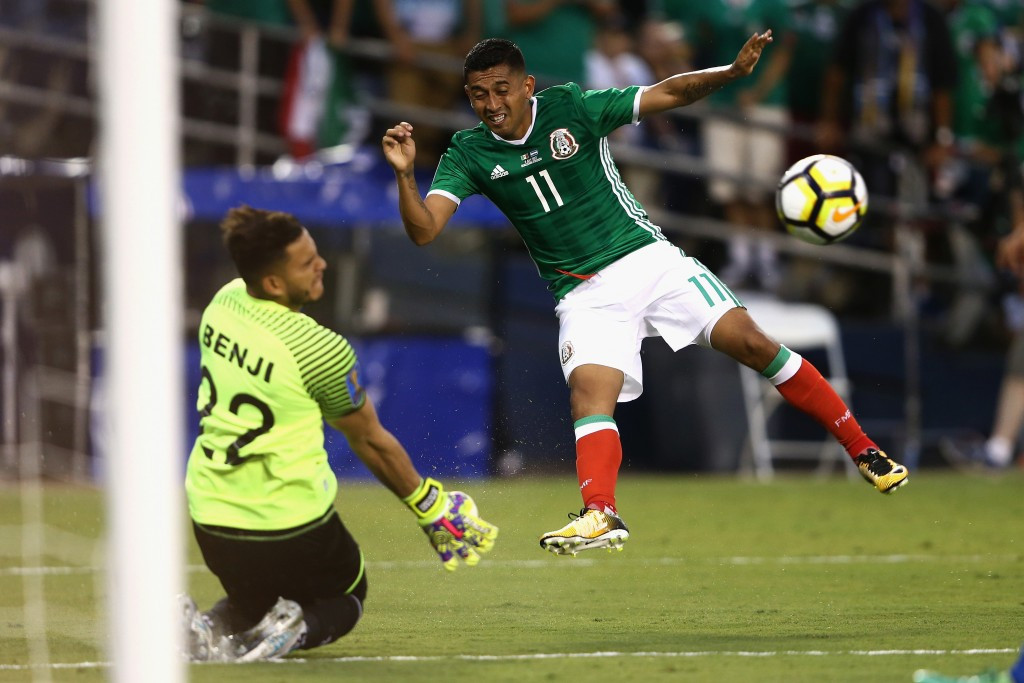 Mexico began the defence of their Confederation of North, Central American and Caribbean Association Football Gold Cup title with a comfortable 3-1 victory over El Salvador in San Diego.

The 2015 winners, who are without banned manager Juan Carlos Osorio, made light work of their opponents at the Qualcomm Stadium to get their Group C campaign off to the best possible start.

In the other Group C match to take place today, Jamaica overcame Curaçao 2-0.

El Salvador were not behind for long, however, as they equalised two minutes later.

The topsy-turvy nature of the first-half continued a minute before the half-hour mark as Mexico edged ahead for the second time in the match thanks to Hernandez's stunning volley.

Mexico then effectively killed the game as a contest just after the restart as they scored a third through Orbelin Pineda.

Benji Villalobos, the El Salvador goalkeeper, was unable to handle a Hernandez cross and the ball fell kindly for Pineda, who did the rest from close range.

The result handed Mexico a winning start to Group C and saw them shrug off the pre-tournament controversy surrounding Osorio.

The Mexico manager was suspended for six matches by FIFA for using insulting words to a match official in his side's defeat to Portugal in the third place play-off at the Confederations Cup earlier this month.

Jamaica, who were beaten by Mexico in the 2015 final, were unable to find a way past a stern Curaçao defence in the first half and had to wait until the 58th minute to break the deadlock.

It proved to be worth the wait as Romario Williams fired home a fierce effort to ease the pressure on the Jamaican team.

Darren Mattocks sealed the win for Jamaica 17 minutes from time.

The tournament in the United States continues on Tuesday (July 11) with the second round of Group A matches as Costa Rica play Canada and Honduras entertain French Guiana.