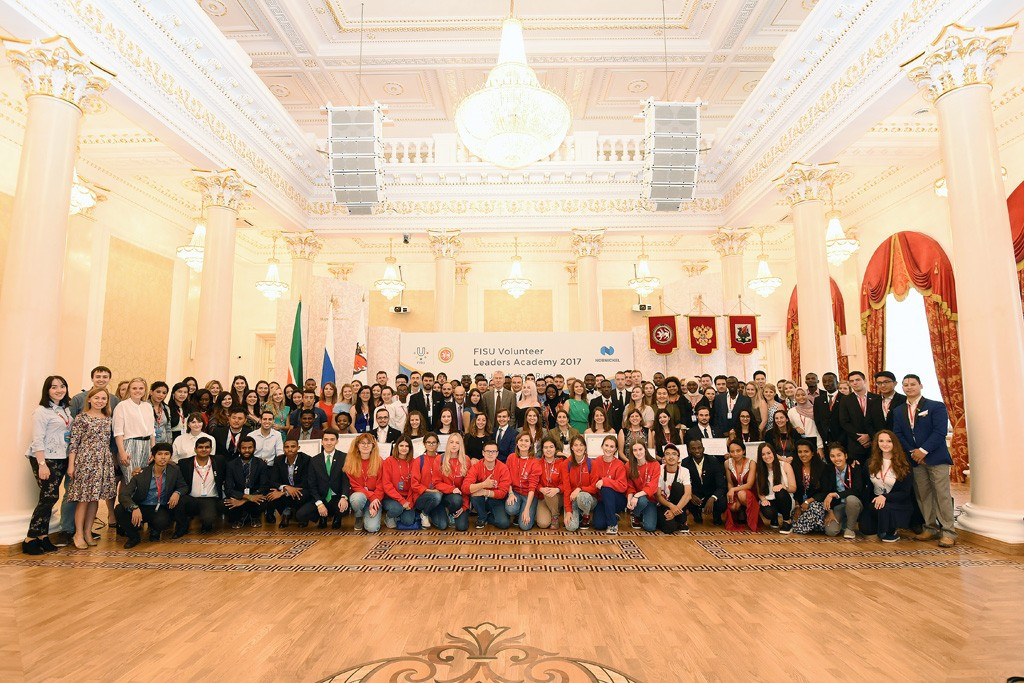 As part of the event's Closing Ceremony, held in Kazan City Hall, President Matytsin addressed the 110 delegates and described the students’ individual contributions as a primary reason for the Academy’s success.

"This project is so close to me," he said.

"Your energy, your emotion, your passion made this the success that it is.

Throughout the week, participants have taken part in lectures and workshops led by experts from a broad range of subject areas, including anti-doping and the management of global events.

Alongside these study sessions, delegates were also set a group project task, which they presented to a panel that included Matytsin, sports officials and industry experts.

Their task was centred on how to develop the university sport movement through the International Day of University Sport (IDUS), a FISU initiative that has been endorsed by the United Nations Educational, Scientific and Cultural Organisation.

As part of the Closing Ceremony five project winners were awarded internships at next month's Summer Universiade in Taipei.

Another five secured a place in a week-long business immersion course at the EF Executive Language Institute in Cambridge in Massachusetts.

It is hoped their ideas will help "to shape the future of IDUS", an event celebrated annually on September 20.

Timothy Derry, a student from the University of Trinidad and Tobago, scored the highest number of points in total and said that the examples set by guest speakers were a real motivation for those in attendance.

"The highlight was meeting the FISU President and other high-level sporting officials," he said.

"What I will remember was how most of them got their start by volunteering.

"From here they went on to where they are today.

The FISU Volunteer Leaders Academy was set up as part of the legacy from the 2013 Summer Universiade in Kazan.