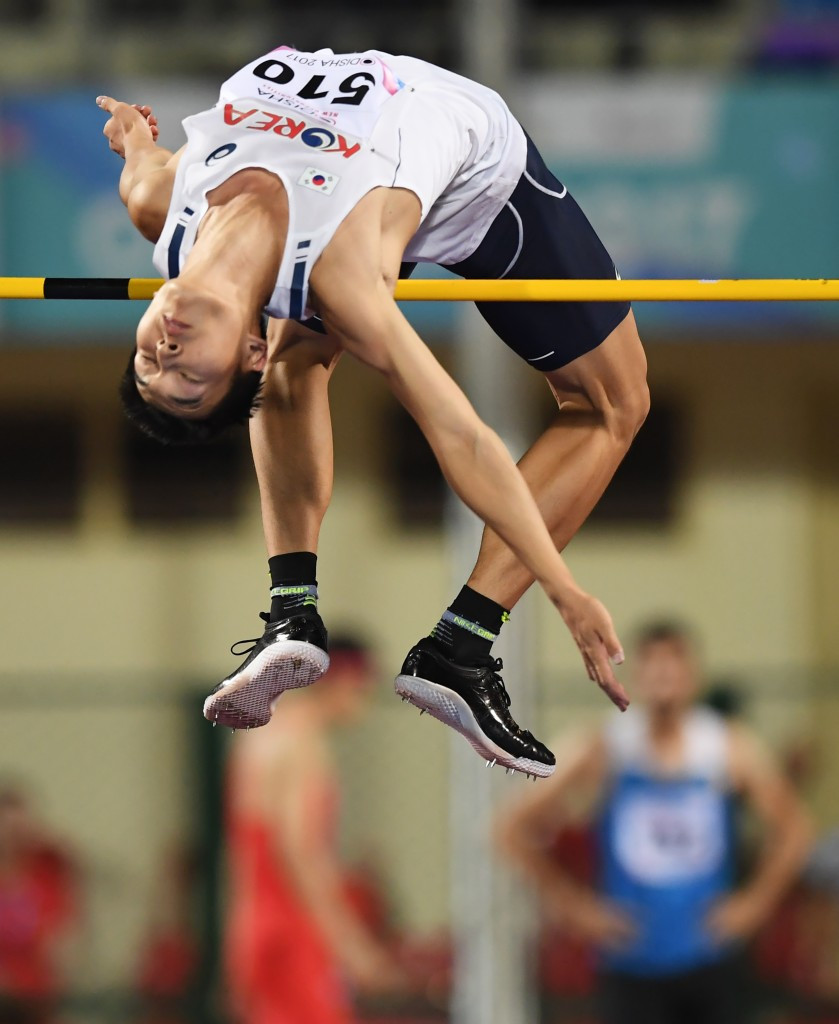 South Korean youngster Woo Sang-hyeok of South Korea beat Zhang Guowei of China to clinch the gold medal in the men's high jump at the Asian Athletics Championships in Bhubaneswar.

The 21-year-old, who was 22nd at last year's Olympic Games in Rio de Janeiro, recorded a personal best of 2.30 metres to claim the title at the Kalinga Stadium.

Zhang, silver medallist in the event at the 2015 World Championships on home soil in Beijing, was second with a best effort of 2.28, with Majededdin Ghazal claiming a rare medal for Syria by taking bronze.

On the track, Abdulazia Al-Mandeel led home a Kuwaiti one-two to secure the gold medal in the men's 110m hurdles.

The 28-year-old crossed the line in a time of 13.50sec to cross the line in front of compatriot Yaqoub Mohamed Al-Youha.

Ayako Kimura did enough for the silver medal, while Wang Dou of China earned bronze.

On a busy day of action out on the track, India's Sudha Singh delivered the gold medal for the host nation in the women's 3,000m steeplechase, taking full advantage of the absence of Olympic champion and world record holder Ruth Jebet of Bahrain.

Singh, who led from the start, crossed the line in 9min 59.47sec to secure the Asian Athletics Championships crown, with Hyo Gyong of North Korea and Nana Sato of Japan proving to be distance silver and bronze medallists respectively.

"I am very happy to win this gold," said Singh.

"This is my top level competition after Rio Olympics.

"I was down with swine flu after the Rio Olympics and I was down for five-six months and after that I started training slowly and steadily.

"So, this win is special.

"It is a slow timing but the conditions are not that good."

Hossein Keyhani of Iran took the men's 3,000m honours in 8:43.82, ousting Qatar's Yaser Salem, who had to settle for silver.

Ali Ahmad Al-Amri added a second medal on the track for Saudi Arabia as he came through to seal bronze.

China sprinted to victory in the men's 4x100m relay as Tang Xingqiang, Liang Jinsheng, Bie Ge and Xu Haiyang clocked 39.38, finishing in front of Thailand and Hong Kong, who were second and third respectively.

Kazakhstan were the victors in the women's event, with Rima Kashafutdinova, G Ishangulyyeva, Victoria Zyabkina and Olga Safronova completing the race in 43.53.

China were second, while bronze went to the host nation.