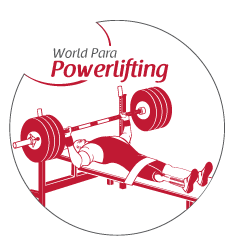 The courses were held in the same city which will host the World Championships between September 30 and October 6, with funding for the session being provided by the Agitos Foundation.

First up was a spotter/loader training course with six participants from Mexico.

This was followed up by a level three referee course, which saw 13 people from Mexico, Costa Rica and Panama attend, with 10 passing an exam set-up at the end.

Alongside this, a national classifier course was also held with 14 students from Mexico, Costa Rica, Grenada, Jamaica, Nicaragua and Panama attending and 13 passing the exam.

“It was a real pleasure to be part of the ongoing development of powerlifting within Mexico, which continues to host courses for the development of technical officials, not just in and around Mexico, but also from around the region,” said World Para Powerlifting chairman and educator Jon Amos.

“I have been privileged to be part of this spirited endeavour since 2011.

“It identifies good practice for Mexico to not only expand their current list of officials, especially with the World Championships looming, but also ensure that their exisiting officials keep on their toes and stay up to date.”