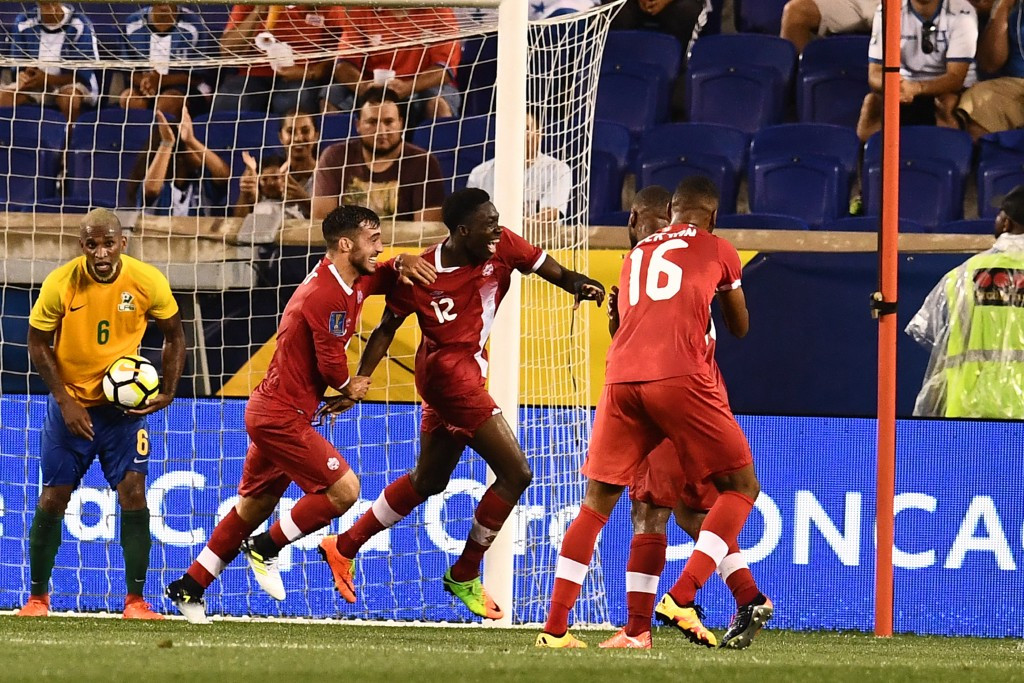 Alphonso Davies scored twice in the second half to guide Canada to a 4-2 victory over tournament debutants French Guiana in the opening match at the Confederation of North, Central American and Caribbean Association Football Gold Cup.

The 16-year-old youngster's contribution proved vital to Canada getting their Group A campaign off to a winning start at the Red Bull Arena in Harrison.

In the other Group A encounter to take place today, Costa Rica edged Honduras 1-0 at the same venue.

Davies then put the result of the match beyond any doubt when he scored the third on the hour mark, outpacing the French Guiana defenders to round off a swift Canadian counter-attack.

French Guiana, an overseas territory of France who qualified for the 2017 tournament after winning their Caribbean Cup group earlier this year, did not give up hope and scored twice in quick succession to reduce the deficit to one

But French Guiana's chances of completing an unlikely comeback were ended late on by Davies as he netted his second of the match to ensure Canada began the tournament with a win.

Costa Rica, quarter-finalists at the 2014 World Cup in Brazil, also started with victory as Marco Urena's 39th minute goal was enough for his side to beat Honduras.

Urena was on hand to fire home Rodney Wallace's cross in the first-half in a drab encounter, although Honduras did have an excellent chance to level with 15 minutes remaining, but substitute Alberth Elis' effort sailed over the bar.

The tournament in the United States continues tomorrow as the hosts take on Panama and Martinque play Nicaragua in Group B at the Nissan Stadium in Nashville.