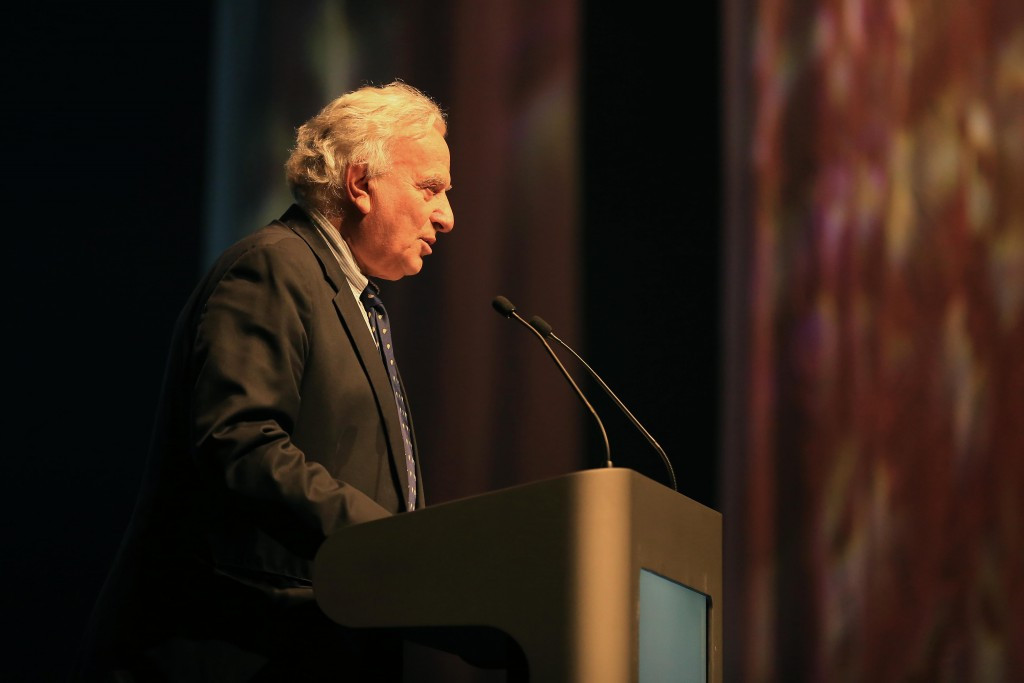 All Olympic International Federations should introduce term limits for its Presidents and other key positions as this promotes better governance standards and avoids a monopoly of power around a few individuals, the head of the umbrella group that represents them has warned.

Hungary's Tamas Aján was re-elected for the fifth time as President of the International Weightlifting Federation (IWF) in May having first assumed the post in 2000.

Germany's Klaus Schormann has already served 24 years as President of the International Modern Pentathlon Union (UIPM) after being re-elected for a seventh time last year.

"Regarding term limits for IF Presidents, I am definitely supportive," the Italian told insidethegames.

"During my term as ITF (International Tennis Federation) President, I introduced term limits and this really does promote better governance.

"Our GTF report demonstrated that IFs (International Federations) with term limits for their Presidents tend to have higher marks in good governance overall than those who don’t.

"There is an acknowledgement that IFs require good leadership, but that they are stronger when not reliant upon individuals.

"I am pleased to say that the trend is towards their introduction with six IFs having introduced term limits since London 2012.

"I hope that this will be a matter for the International Olympic Committee (IOC) and other sporting bodies to consider."

The International Volleyball Federation also have a 12-year limit, but with a first term of eight years and a second of four.

The International Swimming Federation, however, relaxed their limits from two to three terms alongside a scrapping of age limit rules in 2015 in order to allow current President Julio Maglione, from Uruguay, to stand for another term in office this year.

Many others have no such limits.

Having term limits avoids power becoming two centred around one individual, it is thought, serving to encourage more innovation and balance of power among members as well as the leadership.

Some figures believe that term limits serve to disrupt a governing body and avoid stability.

It is seen as very hard to unseat a sitting President at an election due to the advantages they hold in controlling funding and other appointments.

Some International Federation Presidents are also thought to be tempted to remain in office for longer in order to retain their IOC membership.

Other to have served 12 or more years in office are South Korea's Chungwon Choue at World Taekwondo and Turkey's Uğur Erdener at World Archery.

Choue was elected for a fourth term last month after first assuming the post in 2004.

IOC vice-president Erdener has been in office since 2005.

Many Presidents of Winter Olympic Federations have also served long and unrestricted terms.

"This is a democratic election and we have to respect the outcome," Bach said last month.

"The IOC has term limits of 12 years and me have seen other Federations following this path.

"It may not come as a surprise that, in this respect, the IOC has taken an intelligent decision."

Ricci Bitti has also praised International Federations for the progress he believes they have made regarding governance.

"The responses from all IFs to the ASOIF GTF work have been remarkable," he told insidethegames.

"Their efforts in addressing this is not just lip service but is real and concrete.

"They can be measured which is exactly what we are doing.

"We will begin our second evaluation towards the end of this year and we expect to see that important strides forward will have been made.

"I am really proud of the IFs and the work of the GTF in this respect.

"It has been widely recognised, including by the public authorities like the Council of Europe and the Organisation for Economic Co-operation and Development."

Ricci Bitti, 75, is currently serving the second of a maximum three terms as ASOIF President after first being elected in 2013.