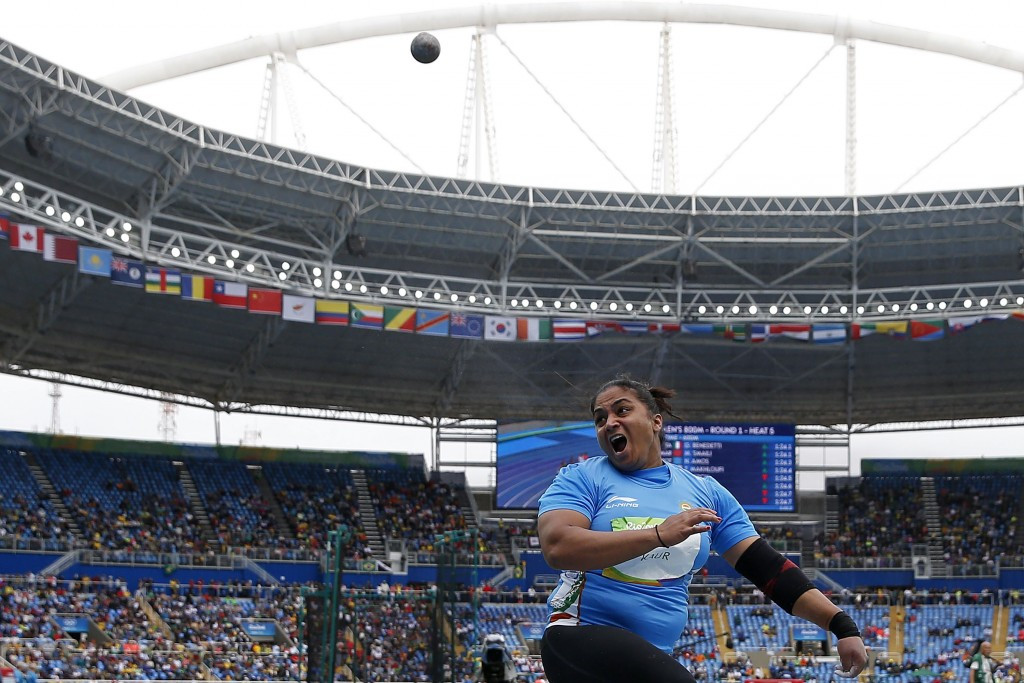 Manpreet Kaur celebrated her 27th birthday in style by winning women’s shot put gold at the Asian Athletics Championships at the Kalinga Stadium.

Competing in front of a home crowd in the Indian city Bhubaneswar, Kaur achieved a throw of 18.28 metres to clinch gold.

She finished clear of defending champion Guo Tianqian of China, who claimed the silver medal with an effort of 17.91m.

He was followed across the line by Qatar’s Yaser Salem and Saudi Arabia’s Tariq Ahmed, who finished in 14:55.89 and 14:56.83 respectively.

China also ended the day with two gold medals, with Ding Bangchao winning the men’s pole vault with a clearance of 5.65m,

He was matched by Ejima Masaki, but the Japanese athlete was forced to settle for silver after taking more attempts to clear the height than his rival.

John Obiena Ernest of the Philippines earned the bronze medal, after he managed 5.50m.

There was victory for Vietnam’s Bui Thi Thu in the women’s long jump competition, despite having fouled on six of her eight jumps.

A distance of 6.54m would see her secure the title, narrowly beating India’s Neena V, who managed the same distance.

India’s Nayana James rounded off the podium, achieving a jump of 6.42m.

The event has added significance as all the gold medallists will secure an automatic place for next month’s International Association of Athletics Federations (IAAF) World Championships in London.

Over 650 of the continent's athletes from 44 countries are competing at the event, with 42 track and field competitions taking place.