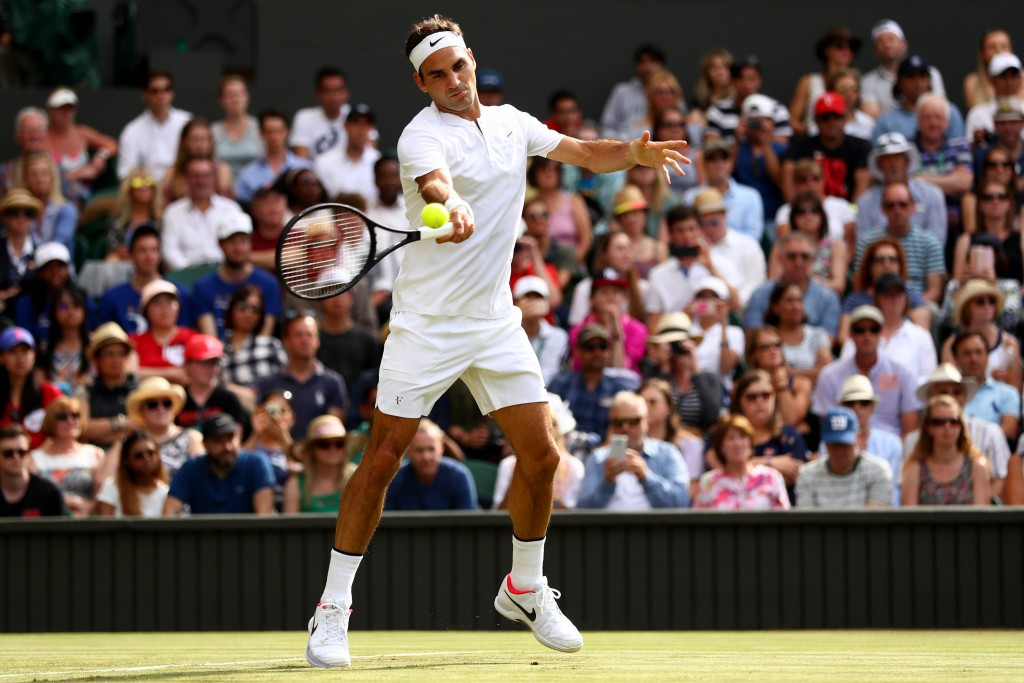 Roger Federer admitted to suffering from nerves during his second round match at Wimbledon today despite winning in straight-sets at the All England Lawn Tennis Club.

The Swiss, a seven-time Wimbledon champion, was broken in his opening service game of the match against Dušan Lajović of Serbia and endured an uncomfortable first set on Centre Court.

He went on to claim it 7-6, winning 15 out of 16 points between the conclusion of the first set and start of the second.

From then on it was comfortable for Federer, who went to secure the second and third sets 6-3, 6-2 respectively.

"I struggled early on, I couldn’t get rid of the nerves and struggled to find my rhythm," Federer told the BBC.

"I got back into the game after that and broke him; I started to play freely.

"I should feel comfortable here, and I do, but the problem is on grass if you’re struggling it can take a while.

"I wasn’t too worried.

"Nerves are a funny thing, sometimes you get horribly nervous and other times it’s a piece of cake.

"I'm happy it happened in the second round."

Serbia's Novak Djokovic, seeded second at this year's event, brushed aside Adam Pavlasek of the Czech Republic 6-2, 6-2, 6-1 on Court One.

The 26-year-old sealed the win over the Cypriot with an audacious diving forehand volley on match point.

In the women's competition, third seed Karolina Pliskova is out after losing in three sets to world number 87 Magdalena Rybarikova of Slovakia.

Wimbledon 2015 runner-up and former French Open champion Garbine Muguruza is through to the third round.

The Spaniard claimed a 6-2, 6-4 victory over Yanina Wickmayer of Belgium and will now meet Sorana Cirstea of Romania in the next round.

She progressed after her opponent, Bethanie Mattek-Sands of the United States, retired with a nasty-looking knee injury during the third set.

Poland's Agnieszka Radwanska is also through as she came back from a set down to defeat American Christina McHale.

Russian seventh seed Svetlana Kuznetsova eased to a 6-0, 7-5 victory over compatriot Ekaterina Makarova but French 12th seed Kristina Mladenovic did not make it through.