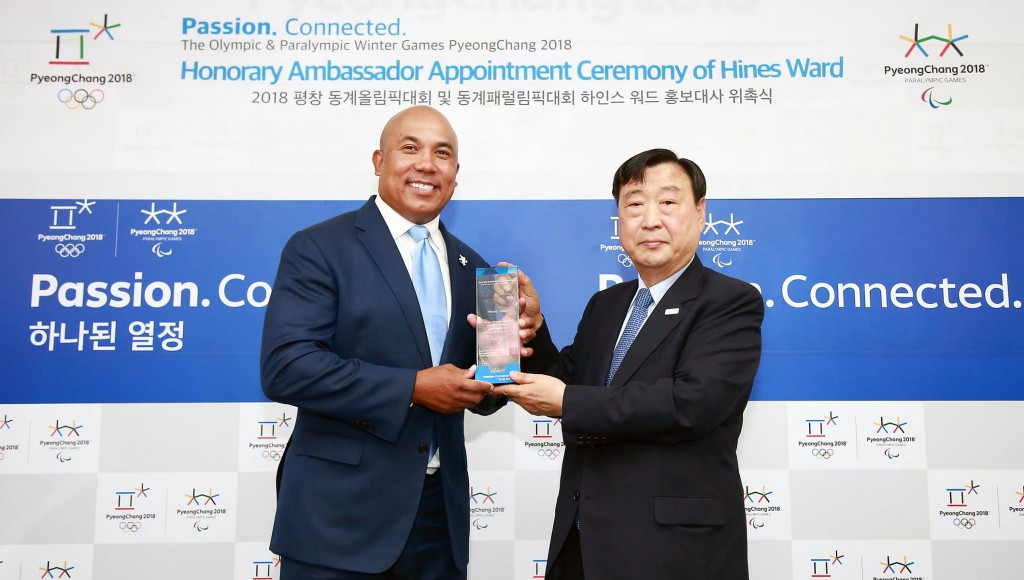 Former American football player Hines Ward has been announced as an official ambassador for the Pyeongchang 2018 Winter Olympic and Paralympic Games.

Hines, born in Seoul to a South Korean mother and American father, will help to promote next year’s Games.

Having grown up in the United States, Hines emerged as an American football star and played for over 14 seasons at the Pittsburgh Steelers.

The wide receiver was a member of two Super Bowl winning teams and became the first Korean-American to win the Super Bowl most valuable player award in 2006.

"I have been blessed during the years of playing football and I am honoured to be able to give back in some way to the South Korea by supporting the Winter Games," said Ward.

"It is going to be an amazing event and a fantastic chance to see the world’s top winter athletes perform in Korea.

"I know what it takes to perform at the highest level in your sport, and I know the dedication and effort that all the Olympic and Paralympic athletes will be putting in for Pyeongchang 2018.

"There is nothing better than competing in front of a huge crowd, and I hope we can create that atmosphere for everyone who comes to take part in the Games."

Since retiring from competitive sport, Hines has become an entrepreneur and television analyst in the United States.

He has also been an active advocate for social acceptance of foreigners in South Korea, particularly regarding young people from mixed-race families.

The 41-year-old has established the Hines Ward Helping Hands Foundation, which helps mixed-race children in the South Korea who have suffered discrimination.

His efforts were recognised in 2010 when former US President Barack Obama appointed him as a member of the President’s Advisory Commission on Asian Americans and Pacific Islanders.

"Hines Ward is one of our most successful athletes, and we are very proud to have him as a Games ambassador," Pyeongchang 2018 President Lee Hee-beom said.

"He has been a strong voice for important issues in our country, so we are very happy that he is now going to be a voice for Pyeongchang 2018 as well."

The Winter Olympics are due to take place from February 9 to 25.