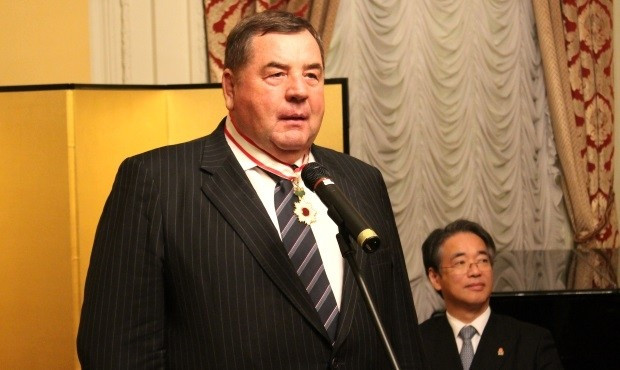 The International Sambo Federation (FIAS) has written an open letter to the International Olympic Committee (IOC) claiming it "truly believes" the sport deserves to become part of the recognised Olympic family.

The letter, signed among others by FIAS President Vasily Shestakov and supported by Alliance of Independent Recognised Members of Sport counterpart Stephan Fox, outlines the recent landmarks the world governing body believes it has achieved towards gaining IOC recognition.

It is addressed to IOC President Thomas Bach and IOC members.

Among the achievements highlighted by the FIAS is the "successful" staging of last year’s World Sambo Championships in Bulgaria’s capital Sofia, where more than 500 athletes from 80 countries competed.

The event was broadcast live in 15 countries and reached 190 nations through FIAS digital platforms and social media, attracting more than 150,000 views per day.

Sambo was one of 14 sports to miss out on provisional recognition from the IOC in December as the International Cheer Union and International Federation of Muaythai Amateur were both accepted.

It marked the latest snub for the FIAS which had been hopeful of being put forward for full recognition at the IOC Session in Rio de Janeiro last August, only to be overlooked along with several other Federations.

The world governing body remains optimistic about its future chances.

"Distinguished IOC members, our sport has made a huge step forward over the last few years and today is shortlisted for the International Olympic Committee recognition," the letter read.

"We truly believe sambo deserves to become part of the recognised Olympic family and hope for your kind support of the dream of all sambo athletes, coaches, administrators and officials."

Shestakov told insidethegames during this year’s European Sambo Championships in Belarus’ capital Minsk that IOC recognition is "crucial" for countries seeking support and funding from their Government.

Among those in attendance at the European Championships was the IOC’s sports coordination manager Mike Joyce, who met with Shestakov during his visit.

Shestakov told insidethegames in December that IOC recognition is the only step the FIAS desires for the time being.

Two months earlier, Russian President Vladimir Putin, an Honorary President of FIAS, called for "every effort" to be made to have sambo recognised by the IOC while addressing a session of the Council for the Development of Physical Culture and Sport.

The letter can be read in full here