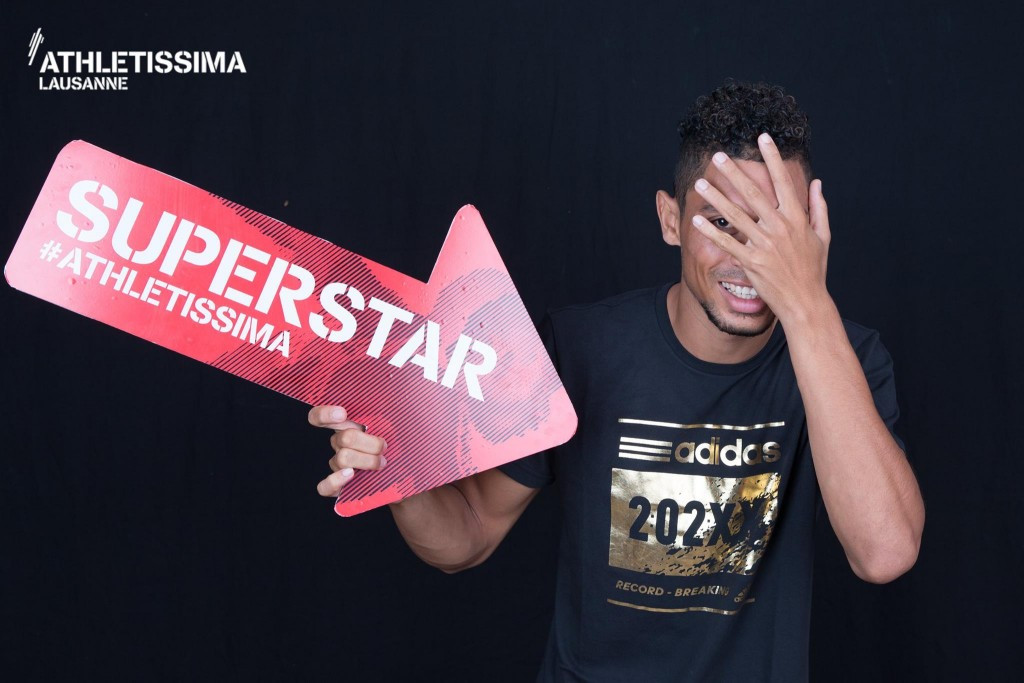 Eight days after eclipsing Usain Bolt’s official world best time for the 300 metres in Ostrava, Wayde van Niekerk will take to the track at the Stade olympique de la Pontaise for the annual Athletissima meeting in Lausanne tomorrow.

He is due to run his first major 400m since he broke the world record from lane eight to win the Olympic gold medal at Rio 2016.

The 24-year-old South African, who broke Michael Johnson’s 17-year-old world 400m record as he ran 43.03sec, and who lowered the American's 300m mark to 30.81 in the Czech Republic, will be the centre of attention for the eighth International Association of Athletics Federations’ (IAAF) Diamond League meeting of the season.

Having brought to his 2016 season to an abrupt end, van Niekerk has so far restricted his 400m races this year to some relatively low-key domestic outings during March and April.

Nevertheless, the only sprinter in history to have run faster than 10 seconds for 100m, 20 seconds for 200m and 44 seconds for 400m showed he was back in great shape last week in Ostrava, where his performance upstaged the 100m victory by Bolt.

Van Niekerk has set his sights on a 200/400m double at next month’s IAAF World Championships in London.

"I want to see what I am capable of," he said

"I am an ordinary man who follows his dream."

Johnson  holds the Athletissima meeting record of 43.66 from 1996, while the IAAF Diamond League record of 43.74 by Greneda's Kirani James was set on this track in 2014.

Eight other Olympic champions will be on display at the Swiss meeting, among them men’s triple jump Diamond Trophy winner Christian Taylor.

With a world-leading 18.11 metres leap at the IAAF Diamond League meeting in Eugene, the third best effort ever, the American has already proven he is continuing his phenomenal form of recent seasons and Lausanne has a special place in his heart as he won here in 2015 with a stadium record of 18.06m.

"There is still more in the tank," Taylor said today.

"I've jumped 18m-plus here before and I believe in this location and this track.”

Facing Taylor will be his compatriot Will Claye, extending a rivalry that goes back more than eight years to when they were students together at the University Of Florida.

They have had 40 competitions to date and are currently level with 20 wins each.

Claye took the United States title recently with a personal best of 17.91m, as well as finishing second in Eugene with a wind-assisted 18.05m.

The women’s 400m hurdles is another loaded event with all three medallists from Rio 2016, as well as the Czech Republic's two-time defending world champion Zuzana Hejnova.

America's Dalilah Muhammad won at Rio 2016 and was again in outstanding form at the recent US Championships, which she won in a personal best of 52.64 to move up to sixth on the world all-time list.

Olympic gold medallists will take on the European champions in both the women’s long jump and javelin.

Spanovic will be making her season’s debut, having been forced to delay the start of her season.

In many cases, the current form of the Olympic champions in Lausanne suggest that they are the favourites for the events, but in the women’s high jump it will be a tall order for Spain's Ruth Beitia to overcome the in-form Maria Lasitskene, a Russian competing as a neutral athlete.

An intriguing men’s pole vault brings together France’s world record-holder Renaud Lavillenie, who will be aiming for a fifth victory in Lausanne, and america's Sam Kendricks, who joined the exclusive six-metre club when winning at the US Championships recently and who already has IAAF Diamond League wins in Shanghai, Eugene and Paris to his name this summer.

"If I can replicate this kind of jump [from Eugene], everything is possible," Kendricks, who set a stadium record of 5.92m in Lausanne last year, said.

A quarter-of-a-centry after the discipline was last held at the Pontaise Stadium, the women’s mile features on the programme this year and world 1500m champion Genzebe Dibaba leads the field.

The Ethiopian ran 4min 14.30sec in the Italian town of Rovereto last September to move up to second on the world all-time list and she will have another tilt at the world record of 4:12.56, held by Svetlana Masterkova since the Russian’s halcyon year of 1996.

Consequently, The Netherlands’ Sifan Hassan and Great Britain’s Laura Muir have decided it works better for their racing plans to drop down in distance and the pair will have a relatively rare outing over 800m in which they will face Burundi’s Olympic silver medallist Francine Niyonsaba.

In the men’s shot put, Ryan Crouser is also unbeaten this year and arrives in Lausanne in remarkable form following his win at the recent US Championships with 22.65m, the longest throw in the world since 2003.