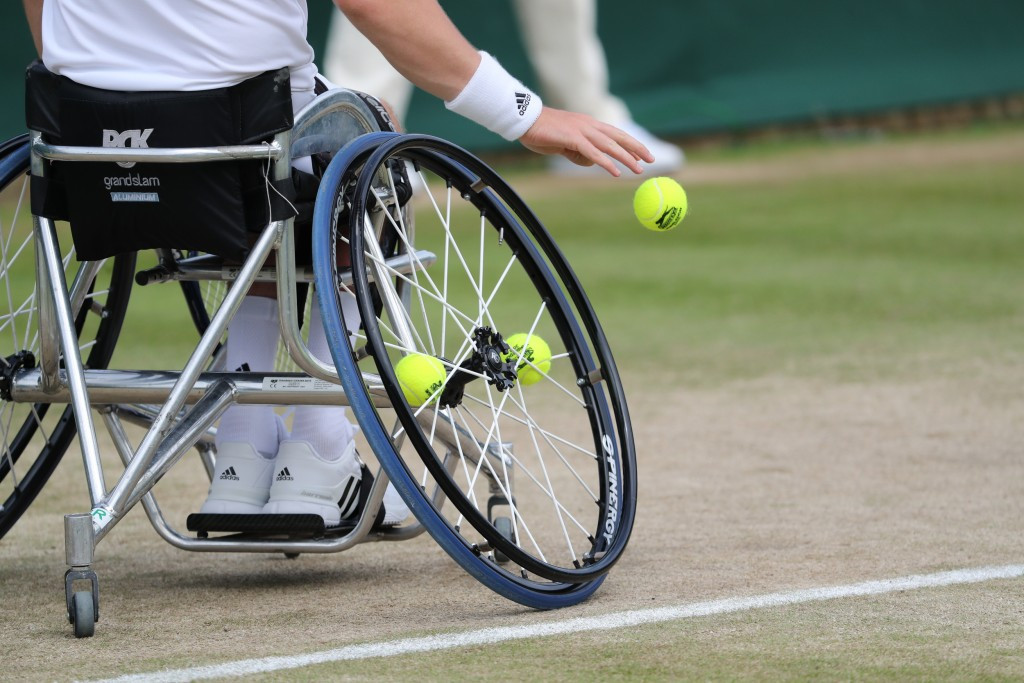 A new grass court tournament beginning in Surbiton on Thursday (July 6) is being hailed as a "groundbreaking development in the wheelchair tennis calendar".

The invitational tournament, organised by the Tennis Foundation charity, is considered a first step towards a grass court season for wheelchair tennis.

It will become just the second competition in the sport held in grass after nearby Wimbledon.

The event is due to last three days and take place at the Surbiton Racket and Fitness Club in the English county of Surrey.

Entry will be free of charge.

"Playing on grass requires a different approach to the clay of Roland Garros or hard courts of other tournaments," said Britain's world number six Alfie Hewett.

"We’ve not previously had the opportunity to play competitive matches on grass ahead of Wimbledon so this tournament will form a crucial part of my preparations as I aim to transfer my recent form on to the grass."

Full draws are scheduled in both men and women's wheelchair singles events.

Britain's world number one Gordon Reid is also entered alongside leading rivals such as Gustavo Fernandez of Argentina, Stephane Houdet and Nicolas Peifer of France and Shingo Kunieda of Japan.

Men's and women's singles events at Wimbledon are then due to take p[lace from July 13 to 16.

A quads event is not currently on the Wimbledon programme, meaning that the exhibition contest is a unique opportunity for the discipline on a grass court.

They also missed an opportunity to join Olympic tennis players on grass courts at Wimbledon during London 2012, with Paralympic competition instead held on a hard court at Eton Manor.

"This tournament marks a significant moment in the development of the wheelchair tennis calendar and our efforts to create a grass court season for the players," Geoff Newton, executive director of the Tennis Foundation, said.

"Last year’s inaugural singles event at Wimbledon was a huge success, so we are delighted to be able to build on that by putting on this grass court tournament at Surbiton."