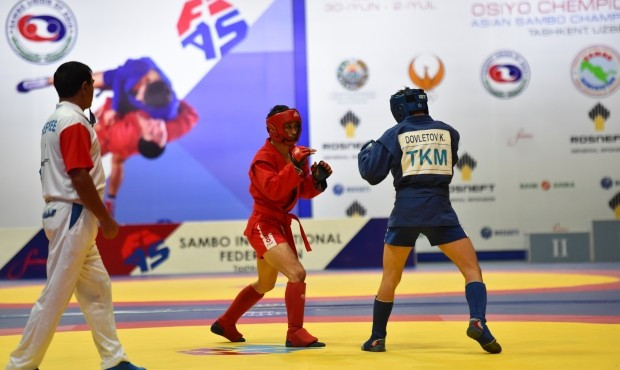 Ulugbek Rahmonov and Gulmira Ismatova claimed golds today for the host nation at the Asian Sambo Championships in Tashkent.

Rahmonov topped the men’s 82 kilogram podium at the Sport Complex in the Uzbekistan capital with a victory over Iran’s Yosef Karimyan in the final, with Turkmenistan’s N Orazmamammedov and Tajikistani Zafar Olimshoev taking the bronze medals.

Ismatova was the top performer in the women’s 68kg competition with a win over South Korea’s Kang Seo-jung.