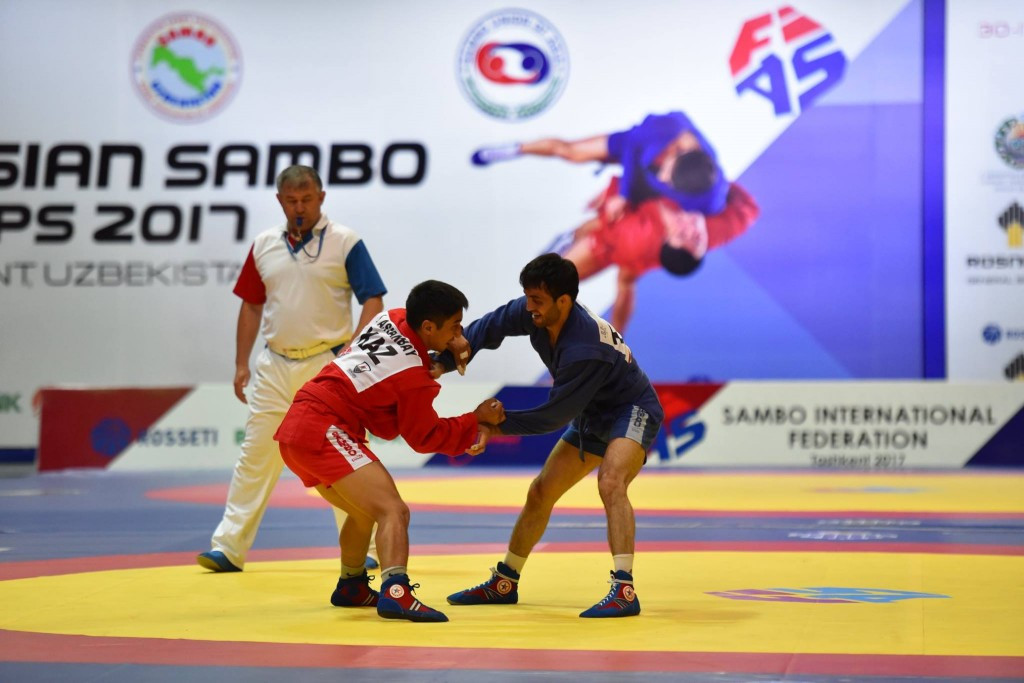 Tajikistan have won two of the three men's gold medals available on the second day of competition at the Asian Sambo Championships in Uzbekistan.

Akmaliddin Karimov won his country's first after defeating Yssatay Askhambay of Kazakhstan in the 57 kilograms final at the Sport Complex in the capital city Tashkent.

However, there was delight for the host nation in the heaviest men's weight category of the day.

Parviz Khalimov secured the 100kg title after seeing off N Kudaibergenov of Kazakhstan in the final.

Dinara Zhumbaeyva won her country's first title of the day as she silenced the home crowd by beating Uzbekistan's Gulchekhra Mamanova in the final of the 64kg event.

Kalzhan Taizhanova then won a second title of the day for Kazakhstan at 80kg.

She defeated Mahri Mulkiyeva of Turkmenistan in the gold medal contest.

Today's third women's event, 52kg, was won by Gulbadam Babamuratova of Turkmenistan after she disposed of Solongogerel Sampil of Mongolia in the final.

Hosts Uzbekistan claimed one of the gold medals in the men's combat sambo section.

Bekhzod Nurmatov secured the gold medal in the 82kg event after he beat Turkmenistan's Elgun Soltanov in the final.

Kyrgyzstan's Ulan Abdimamat Uulu won gold in the over-100kg competition after getting the better of Emin Esenov of Turkmenistan in the gold medal match.