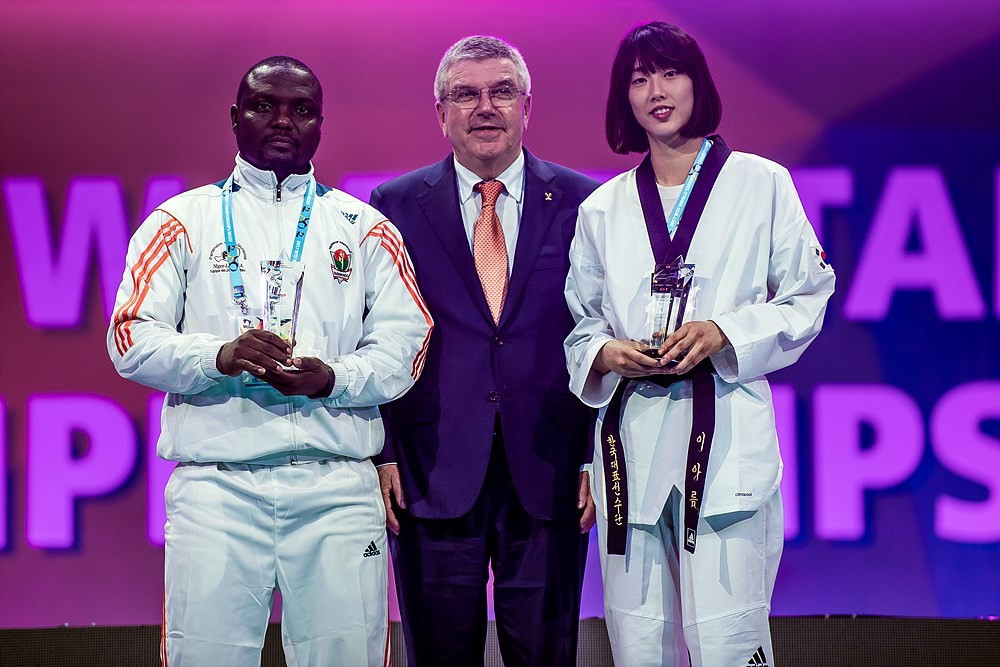 International Olympic Committee (IOC) President Thomas Bach hailed the success of the 2017 World Taekwondo Championships as the curtain came down on the event here with the Closing Ceremony.

Bach was a special guest at the Ceremony, which featured spectacular performances from the International Taekwondo Federation (ITF) and World Taekwondo Demonstration Teams.

The German said the seven-day event, during which 16 medal sets were awarded, featured "exciting competitions, great sportsmanship and unforgettable moments".

Addressing the athletes, he added: "You amazed us with your performances and the energy that defines your sport.

"We have seen that taekwondo, more than ever before, is a global sport with athletes from 183 countries, and 30 countries winning medals.

"You are a powerful example of the universal appeal of taekwondo."

He concluded by claiming that "sport has the power to change the world".

South Korea’s Sports Minister Do Jong-hwan paid tribute to the world taekwondo family for realising "the promotion of peace through sport".

He also thanked Bach and the IOC for realising a meeting in Chinese city Nanjing in 2014, when World Taekwondo President Chungwon Choue and then ITF counterpart Chang Ung signed a Protocol of Accord during the Summer Youth Olympic Games.

Do added that he is looking forward to the World Taekwondo Demonstration Team attending the ITF World Championships in North Korea’s capital Pyongyang in September.

The speeches were followed by a promotional video for Manchester, the hosts of the next World Taekwondo Championships in 2019.

The Championships' flag was then handed to a representative of the English city.

The 2017 edition was officially declared closed by representatives of the Organising Committee and a blast of ticker tape descended on the field of play.

The Ceremony got underway with a deafening performance of traditional Korean music.

Next up was the ITF Demonstration Team, whose performance included synchronised group poomsae, self-defence moves, breaking and a comedic-staged fight.

A photo session followed with the ITF and World Taekwondo teams and VIPs - including Bach, Choue and ITF officials - before a mixed-gender team demonstration match took place between Spain and the United States.

The format is one that World Taekwondo would like to see enter the Olympic Games.

The "Active Participation" award was won by Greece, while the "Good Fighting Spirit" prize went to Djibouti.