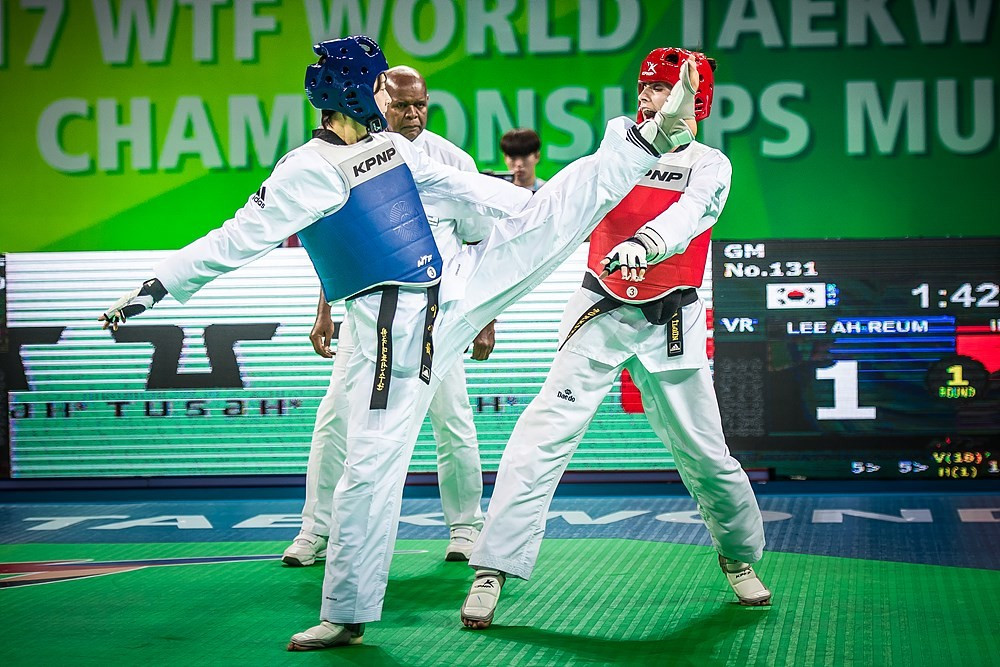 Leading 6-2 after the second period, Lee held off a late fight back from Ilgun to cap off a memorable event for the host nation.

Jones had to settle for a bronze medal along with Sweden’s Nikita Glasnovic, who lost a one-sided semi-final against Ilgun 8-0.

The other women’s category in which medals were won today was the 62kg as Rio 2016 bronze medallist Ruth Gbagbi of Ivory Coast registered a convincing 19-9 victory over Iran’s Kimia Alizadeh Zenoorin in the final.

Gbagbi reached the final after opponent Kim So-Hee of South Korea was forced to withdraw from their encounter due to a knee injury incurred when trailing 5-0 midway through the first period.

Alizadeh Zenoorin, who became Iran’s first female athlete to win an Olympic medal with bronze at Rio 2016, beat Russia’s Tatiana Kuzmina 9-6 in the other semi-final.

In the men’s 63kg category, Rio 2016 gold medallist Zhao Shuai of China seized the title with an 11-5 victory over Iran’s Mirhashem Hosseini.

It followed an exhausting battle with Britain’s Bradly Sinden in their semi-final, which he eventually won 43-29.

It followed a 10-10 draw in regulation time.

As well as their five gold medals, South Korea also won one silver and four bronzes.