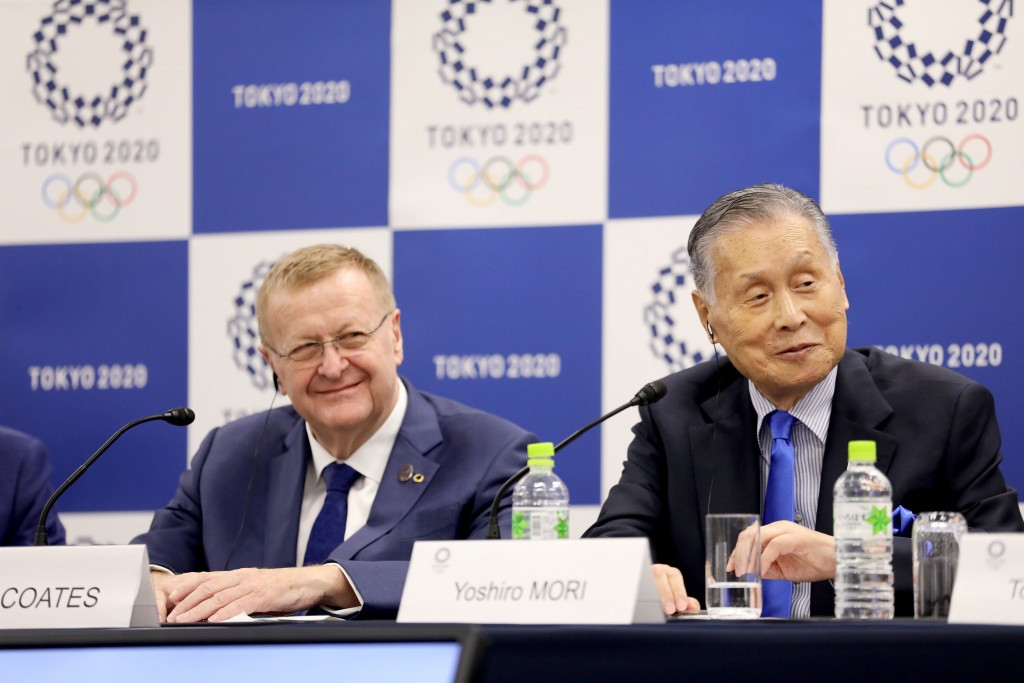 Tokyo 2020 President Yoshirō Mori has called for strong discussions with the International Olympic Committee to create detailed plans for urban sports venues at the Olympic Games, while expressing concern over delays to construction of a key road.

Mori made the assertions at the concluding press conference of the IOC Coordination Commission’s fourth visit to the Japanese capital.

The 79-year-old hailed the “positive discussions” with the Commission over the past three days, but highlighted plans for the urban sports as a key area of interest in the coming months.

The Commission gave their approval to the proposed Aomi urban sports venue when they visited earlier this week, with the temporary car park set to be temporarily transformed during the Olympic and Paralympic Games.

Under current proposals, skateboarding and sport climbing would take place at the location during the Olympics, while football five-a-side would be held at the site during the Paralympic Games.

Coordination Commission chairman John Coates stated that the location of 3x3 basketball and BMX Freestyle were yet to be decided, following the events being added to the Games’ programme earlier this month.

Mori believes details around the venue, including whether stands would need to be erected, need to be resolved with the IOC.

“I think urban sports will be a revolutionary idea in the future of the Olympic Games,” said Mori.

“We need to understand how are we going to stage the Games and what is our plan.

“There was a variety of opinions expressed, what should happen in terms of design.

“Such as, is there a need for a stand.

“There were many details not attended to yet and we were not able to come to conclusions yet.

“We want solid discussion with the IOC on this.”

Mori also called on the National Government to hold discussions regarding the legacy of the Olympic Stadium, while he urged the Tokyo Metropolitan Government to provide plans to the next Commission meeting for the proposed ring road two.

The road will connect Olympic Park and Athletes' Village with the IOC hotels, while it would have a designated Games lane.

Construction has been prevented from beginning due to a delay in deciding whether the famous Tsukiji fish market would be knocked down, with Tokyo Governor Yuriko Koike appearing to give approval for it to be moved earlier this month.

“The Governor said there is no doubt about the completion of the road.

“Is it possible to dig a tunnel and what is the completion date.

“I have stated my view those points should be clarified and by the next Coordination Commission, plans should be presented.”

The Commission confirmed the first baseball and softball games involving Japan at the Games will be held in Fukushima, with the rest will taking place in Yokohama.

This Fukushima prospect was first mooted last year following a meeting between IOC President Thomas Bach and Japanese Prime Minister Shinzō Abe as a way to revitalise an area devastated by a 2011 earthquake and resulting tsunami which left 16,000 dead.

Kashima was also proposed as an additional venue for football preliminary matches, with confirmation expected at the next Commission meeting.

“It has been an excellent three days, we have listened to remarkable levels of details in presentations,” said Coates.

“We are impressed with innovation plans to bring the Games to new audiences.

“Tokyo 2020 will deliver a unique experience to all people.

“We have focused on steps going forward to benefit the athletes and where we are looking to host the events in the waterfront zone.

“We noted the early groundwork at the aquatics centre, the progress at the Athletes’ Village and visited the national stadium for the first time.

“We are impressed by how it is coming out of the ground, it is on budget and we are absolutely assured it will be ready by November 2019.

“The Government are leading the way on sustainability and we are still looking to find savings for the taxpayers.

“I congratulated the team for their work.

“You have got sport, the community and politicians working together as one team, that is tremendous news for the IOC.”