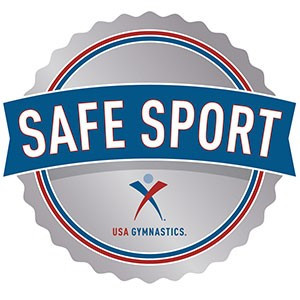 USA Gymnastics has approved a new Safe Sport Policy after accepting recommendations made in an independent review of the organisation's methods.

The review was commissioned by USA Gymnastics and conducted by Deborah Daniels, a former Federal prosecutor, who spent a significant portion of her career prosecuting child sexual offenders.

Jessica Howard, the US national rhythmic gymnastics champion from 1999 to 2001, and Jeanette Antolin, a Pan American Games silver medallist, spoke about the alleged abuse on the CBS 60 Minutes programme in February.

"Daniels’ report is very thorough and thoughtful, and we appreciate everyone who participated in this effort," Paul Parilla, chairman of the USA Gymnastics Board of Directors, said.

"Her review and recommendations are part of the blueprint for continually strengthening our policies and procedures to better protect our athletes.

"Many of her recommendations are already reflected in the new safe sport policy, which we approved at the meeting and is effective immediately.

"We are committed to making meaningful changes, and we will use the voices and perspectives represented in the report as a guide for the future."

Key recommendations include clearly articulating the organisation's culture as one that puts athlete safety first, requiring all members to report suspected sexual misconduct immediately to the appropriate legal authorities and the US Center for SafeSport and developing a legally implementable method to track adults who have been dismissed from clubs for violation of safe sport policies.

Implementing a strategic, comprehensive abuse prevention training plan for members, parents and athletes and annually providing them with information on prevention policies and procedures have also been proposed.

"The vast majority of adults in the gymnastics community have the best interests of young athletes at heart," added Daniels.

"However, the high-pressure atmosphere and relative youth of athletes in elite gymnastics, in particular, can lead not only to enabling abusers, but also to suppressing reporting.

"It is critical that the focus of USA Gymnastics be first and foremost on the safety of the athletes.

"It is reassuring to see USA Gymnastics embracing the need for improvements, including the adoption of a new and pervasive culture of accountability cascading through the organisation and its members."

USA Gymnastics is also in the final stages of hiring a director of safe sport who will "play an integral role in elevating the importance of safe sport throughout the entire organisation".

The new Safe Sport Policy can be found here while Daniels' report can be read in full here.