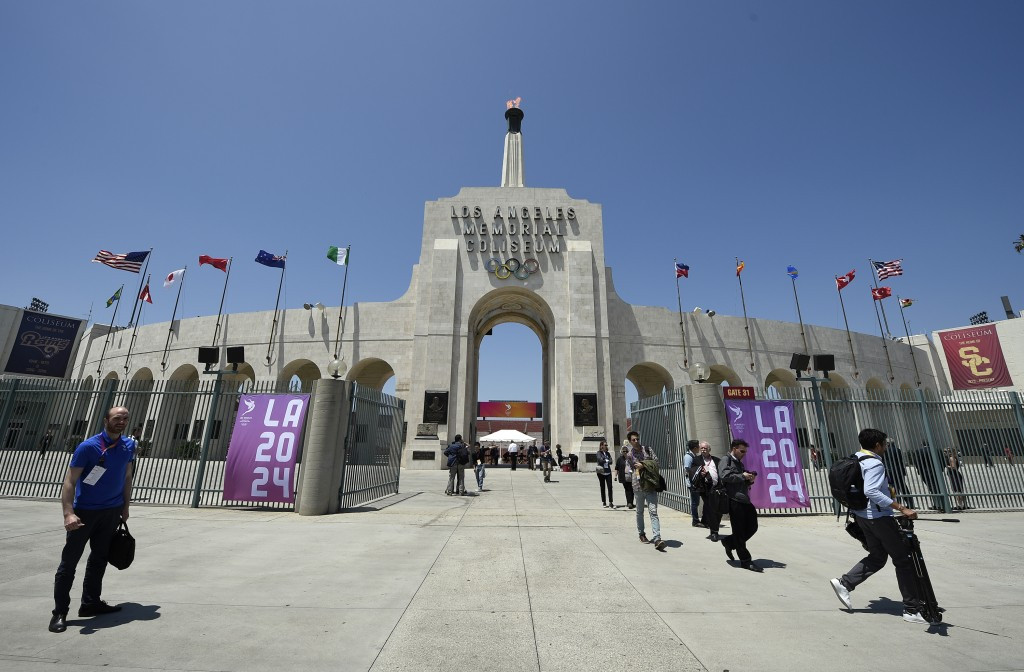 More than 10,000 people have joined the volunteer programme of Los Angeles 2024 since its inception in February, the Bid Committee has announced.

Those who have signed up for the scheme will have first priority to become a volunteer should Los Angeles be selected as an Olympic host city.

Volunteers on the programme have already helped out at events including the Angel City Games, the Los Angeles Marathon and the Special Olympics Southern California.

Los Angeles 2024 claim the initiative shows how the Bid Committee is "building a foundation of community engagement that will leave a legacy long after the Olympic and Paralympic Games".

"Los Angeles 2024 is already fostering a legacy of Olympic volunteerism today and our over 10,000 volunteers will create a positive impact in our communities long before the Olympic torch is lit," chief executive Gene Sykes said.

"Los Angeles 2024’s physical presence across the city and innovative digital volunteer platform are together cultivating a new generation of Angelenos and Americans engaged in the Olympic Movement.

"By channeling Los Angeles' widespread public support for the Games into volunteerism, we’ll leave a meaningful bid legacy in all of LA’s communities."

With 10,000+ volunteers signed up & counting, #LA2024 is building a network of community engagement that aligns with Agenda 2️⃣0️⃣2️⃣0️⃣ pic.twitter.com/ValAcBnYxp

The announcement regarding the number of volunteers was made as part of the #FollowTheSun to Olympic Agenda 2020 campaign launched by Los Angeles 2024.

It will include community events, sports demonstrations and important announcements.

Each event will aim to demonstrate why the plan of Los Angeles 2024 is "not only aligned with Olympic Agenda 2020, but will help the International Olympic Committee (IOC) make tangible progress in its mission to safeguard the uniqueness of the Olympic Games and strengthen sport in society".

The American city is set to be given an edition of of the Games as the IOC Executive Board approved plans to award the 2024 and 2028 Olympics this year.

The Candidate City Briefing on July 11 and 12 has now been elevated to the level of an Extraordinary IOC Session, at which the wider membership will be expected to ratify this plan.

It is widely expected that this will end with Paris being awarded the 2024 edition and Los Angeles given the 2028 Games.