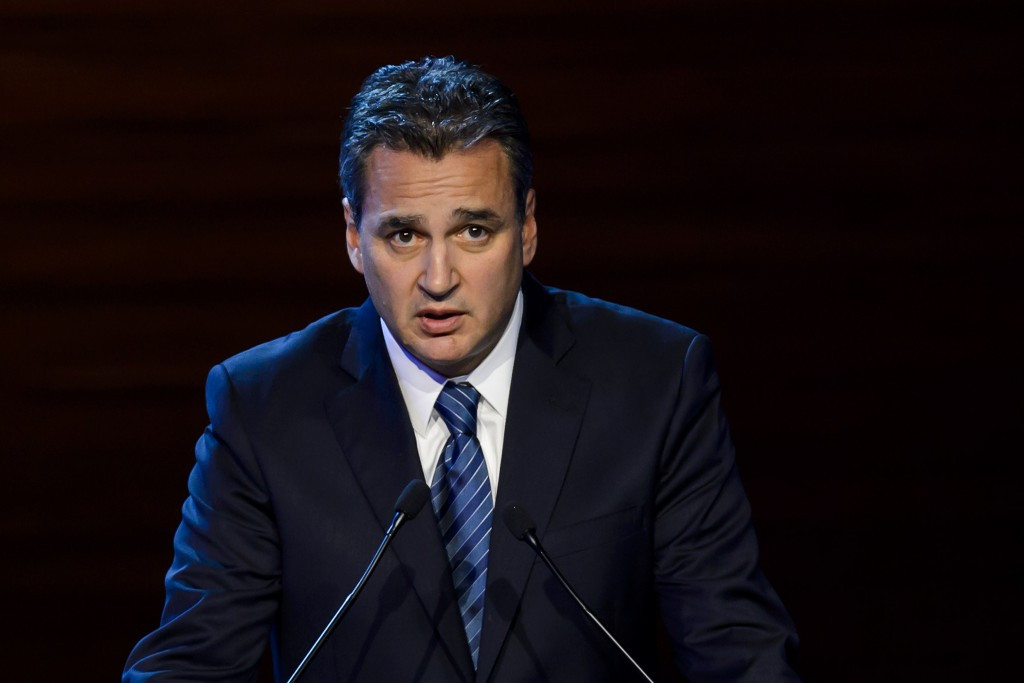 FIFA has published American lawyer Michael Garcia's report into the bidding processes for the 2018 and 2022 World Cups after the document was leaked to German media.

German newspaper Bild obtained a copy of the report from Garcia, who was asked to investigate possible corruption in how the two editions of the tournament were won by Russia and Qatar respectively.

The 430-page document, written in 2014, had never been made public until today.

A "legally appropriate" 42-page version was published by former Ethics Committee judge Hans-Joachim Eckert in December of the same year.

Garcia quit his role in December 2014 in protest at the report which was released as he claimed it contained "erroneous representations of the facts".

In the 42-page report, Qatar were cleared of any wrongdoing in their successful bid for the 2022 tournament.

The full version will nevertheless make for uncomfortable reading for Qatar 2022.

The document states Russia and its President Vladimir Putin, then the country's Prime Minister, did not unduly influence voting members of the Executive Committee in the nation's successful bid for the 2018 competition.

It raised a number of "serious problems" with the bidding process for the two tournaments but did not uncover any major corruption.

According to Garcia's report, a "number of Executive Committee members displayed a disregard for ethical guidelines and an attitude that the rules do not apply to them".

Disgraced former FIFA President Sepp Blatter, who was at the helm when the two editions of the tournament were awarded in December 2010, has been cleared but has been accused of presiding over a "culture of entitlement" within the Executive Committee.

"Many of the flaws in the bidding process this report identified were traceable to an Executive Committee culture of expectation and entitlement," the report says.

"A number of Executive Committee members sought to obtain personal favours or benefits that would enhance their stature within their home countries or Confederations."

Individual members of various bid teams violated FIFA's code of Ethics, according to the report.

Garcia, then FIFA's chief investigator, decided not to pursue formal proceedings against any bid official, however.

In a statement, FIFA claim President Gianni Infantino called for the release of the document on "numerous occasions", but former chairpersons of the Ethics Committee, Cornel Borbély and Eckert, "refused" to do so.

"The Ethics Committee will meet in its full composition under the new chairpersons for the first time next week, and it was already planned to use this opportunity to discuss the publication of the report," FIFA's statement read.

"However, as the document has been illegally leaked to a German newspaper, the new chairpersons have requested the immediate publication of the full report (including the reports on the Russian and US bid teams, which were conducted by Mr Borbély alone) in order to avoid the dissemination of any misleading information.

"For the sake of transparency, FIFA welcomes the news that this report has now been finally published."

Eckert claimed back in 2014 that publishing the full version of the report "would actually put the FIFA Ethics Committee and FIFA itself in a very difficult situation legally".

Officials who wanted to bring the 2022 FIFA World Cup to Qatar have been accused of "seeking to undermine the integrity of the bidding process" for the tournament, an extract from the report reads.

An extract relating to the Aspire Academy, Qatar's high-performance sports facility opened in Doha in 2004, reads: "At a minimum, the targeting of Aspire-related resources to curry favour with Executive Committee members created the appearance of impropriety.

"Those actions served to undermine the integrity of the bidding process.”

It added that the Aspire Academy was implicated "in a decisive manner" in the "manipulation" of those who had the power to vote.

This was described as "potentially problematic facts and circumstances identified by the report regarding the Qatar 2022 bid" by Eckert in his summary, which "were, all in all, not suited to compromise the integrity of the FIFA World Cup 2018/2022 bidding process as a whole".

The report from Garcia, FIFA's former chief investigator, also uncovered evidence that three members of the ruling Executive Committee had been flown to an event in Rio de Janeiro prior to the December 2010 vote on a private jet provided by the Qatar Football Association.

The 10-year-old daughter of former Executive Committee member Ricardo Teixeira also had a significant sum of money deposited into her savings account in the months after the controversial vote, where world football's governing body announced the hosts of both the 2018 and 2022 World Cups.

It was paid by former Barcelona president Sandro Rosell, who was recently arrested on suspicion of money-laundering in connection with the ongoing criminal investigation in the United States.

The bidding processes for the 2018 and 2022 tournaments remain the subject of criminal investigations in countries such as France and Switzerland, while the evidence provided by Garcia is thought to have led to the downfall of several FIFA officials during the organisation's widespread corruption scandal.