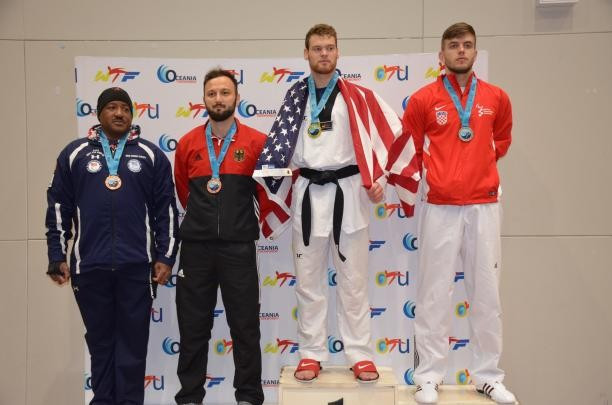 Para-taekwondo athlete Evan Medell will take on a packed schedule in a bid to improve his performance.

The 20-year-old American is currently ranked number five in the world in the men's over-75 kilogram K44 division.

This is no mean feat considering he only started competing internationally two years ago, but the University of Central Oklahoma student wants to catch up with his rivals.

Next up on his schedule is the Asian Para Taekwondo Open on July 8 in Chuncheon in South Korea.

"The athletes on those teams are the ones you want to compete against and measure yourself to.

"Every tournament allows me to learn something new and helps me develop into a better fighter."

Medell won the US and Canada Opens last year and beat Croatian world number one Ivan Mikulic at the Oceania Para Taekwondo Open in May.

A long-term goal is the Tokyo 2020 Paralympics where taekwondo will make its debut.

In the US, there was no organisational structure for the sport when it was added to the Paralympic programme two years ago.

"Para-taekwondo is in its infancy in the US, so there are a lot of growing pains," Medell said.

"It's an incredible opportunity and privilege."