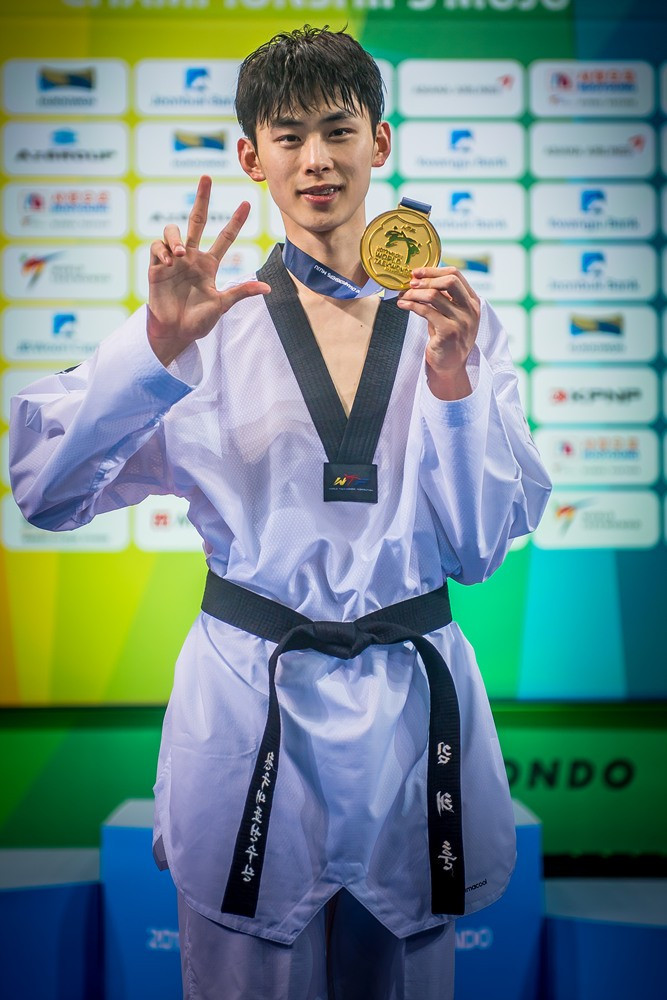 South Korea’s Kim Tae-hun said there is no secret to his success after claiming his third World Taekwondo Championship title here, simply putting it down to being lucky and doing his best.

The 22-year-old beat Iran’s Armin Hadipour Seighalani 10-6 in the men’s 54 kilograms final having earlier overcome Italy’s Vito Dell’Aquila 16-0 in the penultimate round.

His triumph saw him add to those from the 2013 World Championships in Mexican city Puebla and the 2015 edition in Chelyabinsk in Russia.

Kim led the final 9-5 going into the third period and managed to hold on for victory, despite Hadipour Seighalani launching a last-minute charge with serial attacks and spinning kicks.

He claimed his preparations were intense for the Championships, which were the first top-level competition to feature the new rules agreed at the World Taekwondo General Assembly in Canadian city Burnaby last November.

A series of rule changes were approved in order to address a number of issues raised following the 2016 Olympic Games in Rio de Janeiro.

The sport’s membership highlighted the over-use of front leg kicks and Protector Scoring System (PSS) as two of the main problems.

As a result, it was agreed to implement a number of alterations, including competitors being awarded an extra point - from one to two - for kicks to the body.

It was also proposed that automatic penalties be removed for pushing, allowing for competitors to push and kick.

"I did a lot of training for a close fight, a lot of weight training," Kim said.

"There has to be basic strength for the new rules, not for any special technique, but for general strength and for leg strength - not to get pushed off the mats."

Kim, a forward-thinking fighter with good stamina and a high work rate, agrees.

"I think that the new rules are better for aggressive competitors," he said.

"There are pros and cons.

"I can get more points kicking to the body.

"The downside is that you get close and push each other, and that negates the game."

Kim has no complaints about the PSS and is not in favour of the possible adoption of a sensor on the trunk protectors to score punches, which some in the sport are arguing for.

"It would encourage too much close contact," he added.

"It could ruin taekwondo fights."