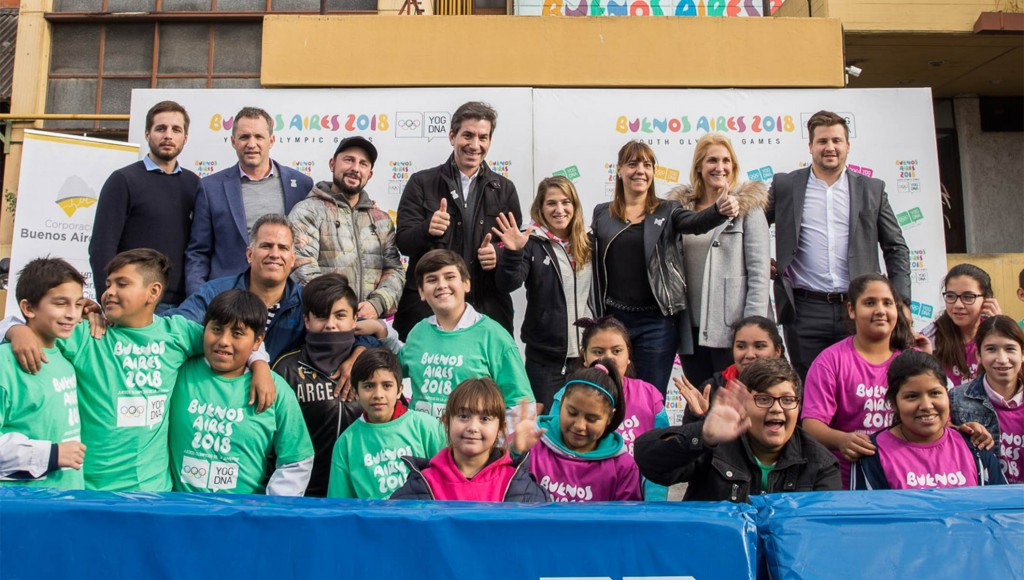 A large mural of judoka Paula Pareto has been unveiled in the Athletes’ Village for the 2018 Youth Olympics being staged in Argentine capital Buenos Aires.

Pareto, who won gold at the Rio 2016 Olympics in the women’s 48 kilogram competition, was present at an event which revealed the design.

Standing at 55 metres tall and drawn on a wall in the Village, the mural depicts the 31-year-old in action and required 180 litres of paint to complete it.

The work was commissioned as part of a street art project linked to the Youth Olympics, which are scheduled to take place between October 6 and 18 next year.

It was designed by Martin Ron and took the artist 15 days to finish.

When she is not participating in judo competitions, Pareto, who also won a bronze medal at Beijing 2008, works as a doctor.

She earned her qualifications at the University of Buenos Aires, where she graduated in 2014.

During the unveiling of the mural, Pareto took part in a judo clinic, giving advice to 200 pupils from local schools.