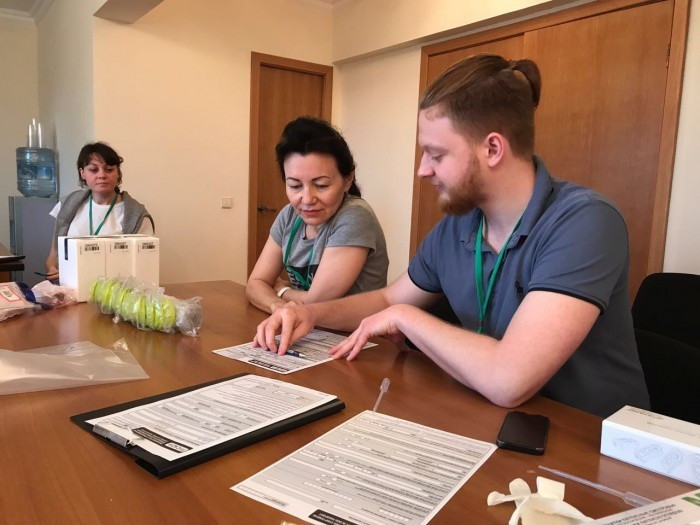 Employees from the Russian Anti-Doping Agency (RUSADA) have begun a training programme to improve standards.

The programme, called "training of trainers", was developed by UK Anti-Doping (UKAD).

UKAD have been overseeing Russia's drug testing programme after they agreed to a request when RUSADA was suspended.

"The programme is necessary for the further training of doping control inspectors," a RUSADA statement said.

"RUSADA is grateful to colleagues for their professional support and willingness to help in the reconstruction of correspondence and future activities."

RUSADA has been non-compliant since November 2015 following findings in an Independent Commission report.

RUSADA were given hope of achieving reinstatement last month when a report from World Anti-Doping Agency (WADA) deputy director general Rob Koehler said they may be able to resume testing as early as the beginning of June.

Koehler revealed RUSADA was on its way to completing four "immediate requirements" previously established as part of their path to regaining compliance.

RUSADA is also in the process of opening up "closed cities" - usually military areas which are off-limits to the public - to doping control officers.

This was another regulation set out by WADA.

A total of 2,344 more tests originally planned were cancelled due to the lack of available doping control officers, however.

WADA President Sir Craig Reedie had expressed his hope that RUSADA will have fulfilled the requirements laid out by the organisation by the time of the next Foundation Board meeting in November.