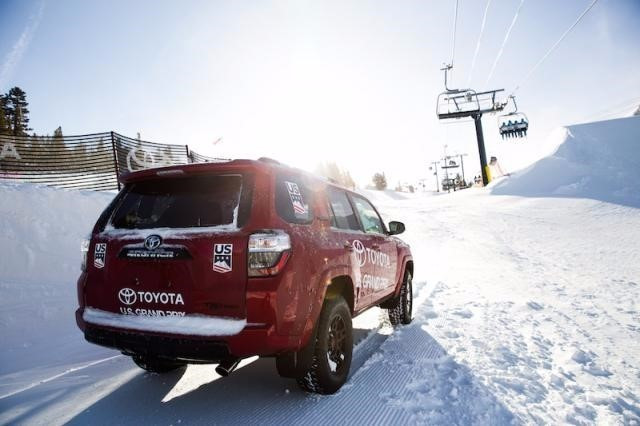 Car giant Toyota has signed on as the official automotive and mobility partner of United States Ski & Snowboard.

The two organisations worked together last season, when Toyota was named as the title sponsor of the US Grand Prix - the official Olympics qualification series for snowboard and freestyle skiing.

Toyota, also a member of the International Olympic Committee's top-tier The Olympic Partner sponsorship programme, has now expanded its involvement.

The company will have a presence at multiple US Ski and Snowboard events, including the US Alpine Championships and World Cup events in the country.

American athletes will also wear the Toyota logo on their competition gear.

Both parties will work together to grow the visibility of skiing and snowboard before the Pyeongchang 2018 Winter Olympics in South Korea in February.

"With a record number of digital impressions and TV viewers last season, US Ski & Snowboard events continue to bring incredible value to our partners and are key in the promotion of our athlete and sports," said Tiger Shaw, US Ski & Snowboard's President and chief executive.

"Through its expanded partnership, Toyota is demonstrating confidence in its ownership of the Toyota US Grand Prix and a dedication to supporting all of our national teams.

"We are looking forward to continuing to add value to this relationship."

"Toyota's first year as a partner of US Ski & Snowboard was invaluable to us as a brand making its initial foray into the Olympic movement," said Ed Laukes, the group vice president for marketing at Toyota.

"Adding the US Ski Team to the mix for this season, especially heading into the Olympic Winter Games in Pyeongchang, is very exciting."