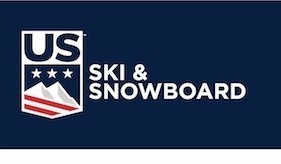 The United States Ski and Snowboard Association has unveiled a new logo and announced a change of name.

Following a re-brand, the governing body will now simply be known as US Ski & Snowboard.

According to the organisation, the changes will "unite athletes, members and fans as one team with a vision to be the best in the world in Olympic skiing and snowboarding".

The new logo features elements of the American flag, the letters "US" and a mountain, in a shield design.

"With the continuous evolution of our sports, it was important for us to have a common brand that truly represented who we are as an organisation and what we aim to achieve across all of our different sport programmes and teams together," said Tiger Shaw, US Ski & Snowboard's President and chief executive.

"The US Ski & Snowboard brand embodies our core values and unites our entire organisation, fuelling a passion for our sports at every level.

"The single, iconic mark will propel us forward as we continue to grow our sports and strive for athletic excellence."

A number of experts were consulted prior to the re-branding, during a two-year process.

Athletes and stakeholders also provided input through surveys and interviews.