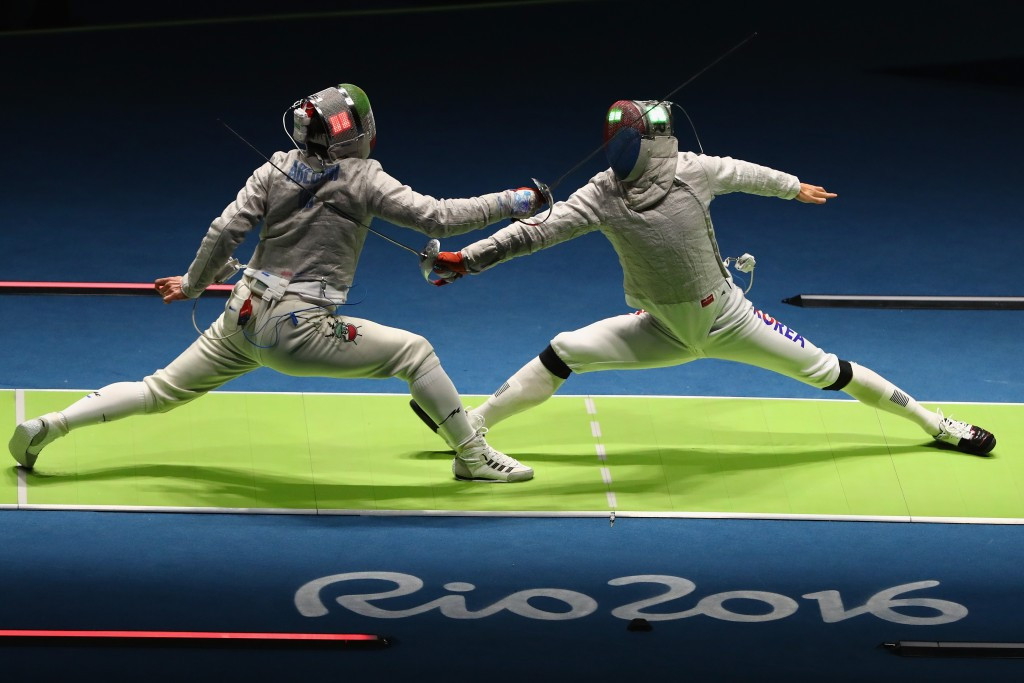 The 28-year-old sabre fencer, who won a team gold medal at the London 2012 Olympic Games, had not topped the podium at an individual Asian Championships event since 2014 but recaptured his old form on his way to victory.

The world number five was the highest-ranked fencer in the tournament and justified his status as the favourite with a commanding display against Rahbari.

Rahbari booked his spot in the gold medal bout with a 15-13 victory over South Korea's Kim Jun-ho.

Kang denied the host nation the gold medal in the women's epee event as she narrowly beat Vivian Kong Man Wai 13-12 in the final.

The South Korean was made to work hard for her success as she emerged with a close-fought victory over Wai, who represented Hong Kong at last year's Olympic Games in Rio de Janeiro.

Kang had secured her place in the showpiece contest after ousting Zhu Mingye of China 8-7, while Wai stunned Zhu's team-mate Sun Yiwen, bronze medallist at Rio 2016, 15-13.

The event in Hong Kong continues tomorrow with action in the women's sabre and men's foil team competitions.