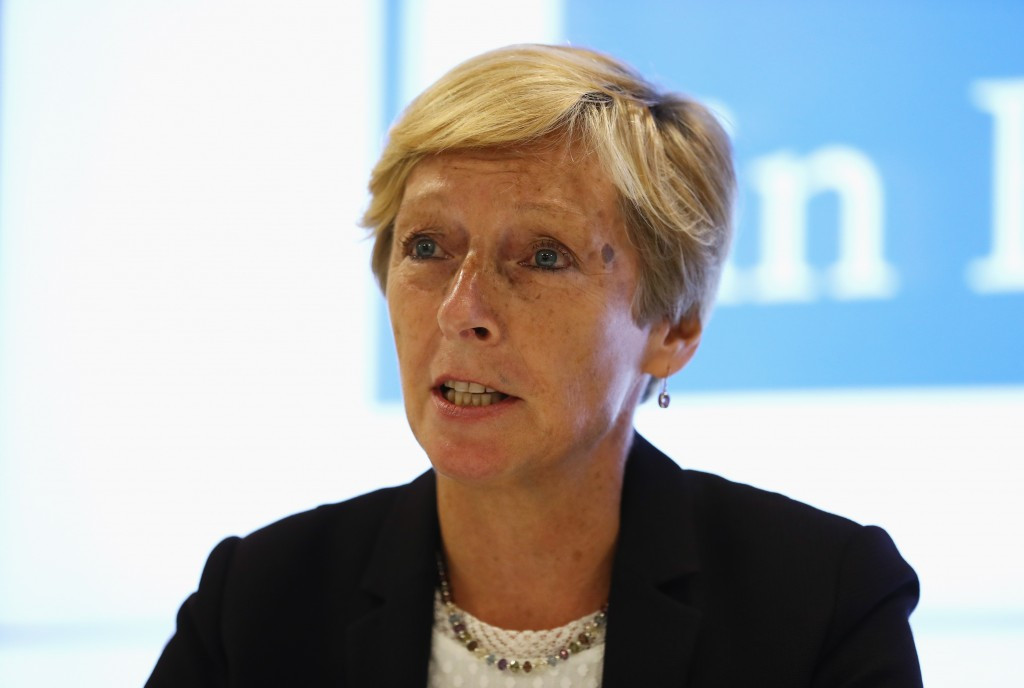 UK Sport chief executive Liz Nicholl has admitted that issues exposed in some sports over recent months are "very concerning", but insists they are being addressed.

Nicholl was writing in an insidethegames blog released following the publication of a review into the culture of British Cycling’s world-class performance programme (WCPP) on Wednesday (June 14).

The review concluded that some athletes had complained of a "lack of encouragement or support", while staff members referred to a "culture of fear in the organisation".

Led by Annamarie Phelps, the chair of British Rowing and vice-chair of the British Olympic Association, the review of British Cycling was launched in April 2016 to look at any lessons the National Federation could learn.

The process was initiated after former technical director Shane Sutton resigned from his role amid accusations of discrimination against sprinter Jess Varnish.

A recent report into the British Bobsleigh and Skeleton Association also claimed that a senior coach had been accused of racism.

Other sports have also been at the centre of allegations, including swimming.

"While the issues that have been exposed in some sports over recent months are very concerning, they are being addressed," Nicholl said.

"We must not forget that there are over a thousand athletes in our system being supported by over a thousand leaders, coaches and technical staff and a huge percentage of those are operating with unquestionable integrity and working above and beyond what would be expected in other work places to help athletes deliver success to make themselves, their families and the nation proud.

"I am confident that the actions we are committing to will drive the necessary changes and will create a more positive environment, more widely, to enable athletes and staff to perform at their very best."

Nicholl said one of the most powerful messages from the British Cycling review was that the "development of a positive culture will improve medal success - not jeopardise it".

"A culture of fear will never lead to sustainable success but a positive culture will," she added.

"We need an environment where staff, athletes and coaches at all levels work closely to support each other.

"UK Sport’s vision is to inspire the nation through Olympic and Paralympic success.

"What we saw and felt in London 2012, Sochi 2014 and most recently at Rio 2016 is a clear indication of what those medal moments mean to the British public.

"Every member of the UK Sport team knows that we are privileged to be working in this industry and with that comes a responsibility to ensure that we, and those we work with, conduct ourselves in a manner that is inspirational.

"If we all do this, we will be even more successful, and we will ensure athletes, coaches, practitioners and leaders in our system experience personal and professional growth and development, as well as challenge and support in equal measure, to help them achieve their goals."

British Cycling has hit back at claims from Culture, Media and Sport Select Committee chairman Damian Collins that members of the organisation's Board should be replaced.

Collins said: "None of the members of the Board from the period covered in the investigation should remain, which would mean that Jonathan Browning should stand aside from his position as chairman."

Collins also claimed that former British Cycling President Brian Cookson should not be supported by UK Sport in his efforts to be re-elected in September to the same role at the International Cycling Union (UCI).

He made a similar call in January regarding Cookson, which came as he chaired a Culture, Media and Sport Select Committee session discussing British Cycling.

British Cycling also disagreed with Collins' stance on Cookson, instead praising the "enormous contribution" he has apparently made to cycling in Great Britain.