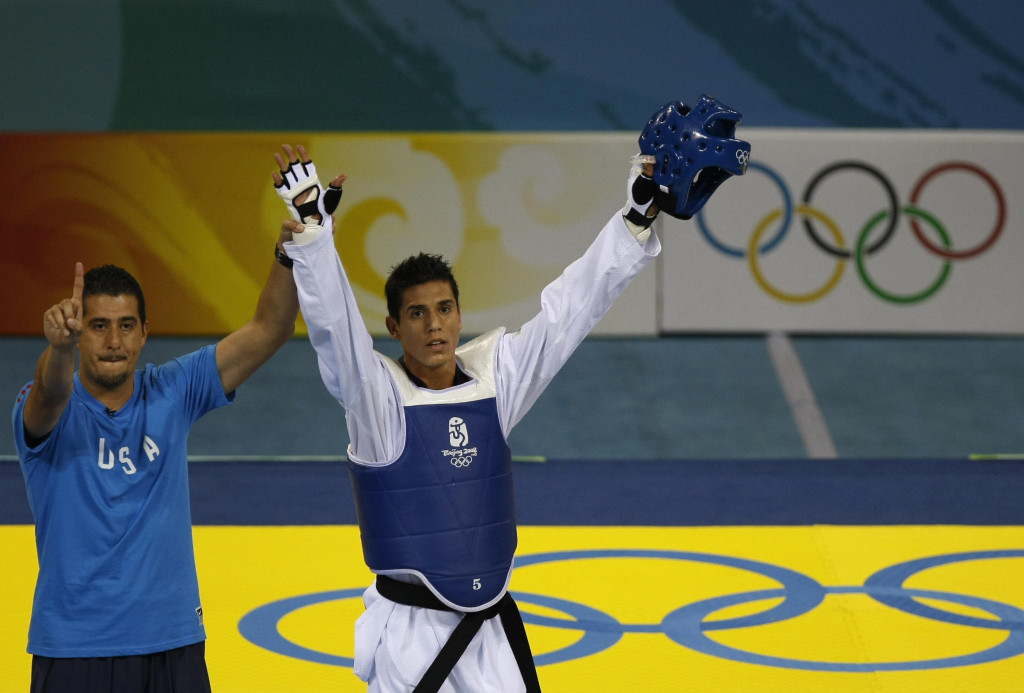 Double Olympic gold medallist Steven Lopez has denied allegations against him and his older brother Jean that they sexually abused four women.

The siblings from the United States are at the centre of a case which features two female team-mates, Mandy Meloon and Heidi Gilbert, along with two other women who wished to remain anonymous.

According to USA Today, Meloon told an FBI agent in May that Steven, who won 68 kilogram gold at Sydney 2000 and then the 80kg title at Athens 2004, had raped and physically assaulted her during a competition they were at in Cairo, Egypt.

She also said Jean, a taekwondo coach, had molested her.

Gilbert has also claimed that Jean drugged and sexually assaulted her.

Both brothers have denied the allegations.

When asked by USA Today if he had ever sexually assaulted or committed any kind of inappropriate behaviour to any women, Steven, 38, said: “I’ve never, nothing, nothing at all.”

His brother, who is five years older, also said he had done nothing.

USA Taekwondo had opened their own investigation two years ago after receiving information about the Lopez brothers.

The pair were allowed to go continue competing, including the Rio 2016 Olympic Games, where Steven missed out on a bronze medal to Tunisia's Oussama Oueslati.

In a statement, bosses at the national governing body said they cannot discuss specific details of the case, but they do put “tremendous importance” on protecting their athletes.

“In March of 2015 USA Taekwondo retained the services of Donald Alperstein as an independent Special Counsel along with an independent investigator with a substantial background in the field to work with him regarding SafeSport related matters,” the statement said.

“USA Taekwondo gave Mr Alperstein a broad charge and unfettered ability to carry out his task - to expeditiously chase down every complaint, talk to every witness, gather hard actionable evidence and prosecute fully any violations, no matter where the evidence led.

“Additionally, as he uncovered evidence USA Taekwondo has diligently provided any and all information to relevant law enforcement agencies, including local police and the FBI, and since it opened earlier this year, we now hand over all cases involving allegations of sexual abuse to the US Center for SafeSport."

They added that the decision to allow the Lopezes to go to Rio 2016 came after consulting the United States Olympic Committee.

The Lopezes two other siblings, Mark and Diana, are also Olympic medallists.

Mark won silver in the men’s 68kg event at Beijing 2008 while Diana came third in the women’s 57kg category at the same Games.

Steven, who is due to appear at the World Championships due to start in Muju, South Korea, on June 24, also has a bronze medal from the 80kg competition in Beijing.

Collectively, the Lopezes are known as the “first family of taekwondo”.