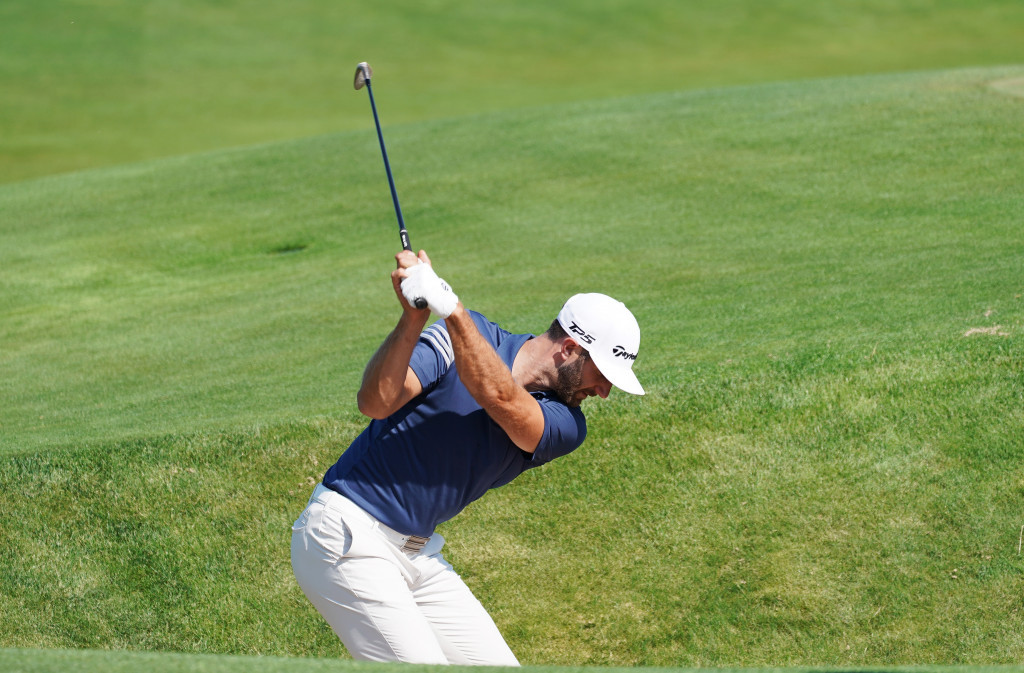 World number one Dustin Johnson is hoping to put the disappointment of missing the Masters earlier this year as he attempts to retain his US Open crown.

The American was forced to pull out of the first major of the 2017 season in April after sustaining a back injury just one day before competition was due to begin.

Johnson did hold onto ambitions of playing, but after making the first tee, he walked off after realising his body would not hold up for a full round at the Augusta National Course.

However, the 32-year-old has recovered to make the start of the second major, taking place at the Erin Hills course in Wisconsin, with play beginning tomorrow and continuing until Sunday (June 18).

Last year, Johnson won his first major title when he finished three strokes in front of the field at the Oakmont Country Club in Pennsylvania.

His victory did have some controversy surrounding it after Johnson was deducted a shot because he was judged to have addressed his ball on the fifth green.

Initially he was cleared of any wrongdoing, but the penalty was eventually added to his score.

Looking ahead to this year’s tournament, Johnson said he was looking forward to being back in the field, but expects a tough challenge on the course, which at 7,741 yards is the longest is major championship history.

“I tend to focus more and play better.

“I like knowing par is a good score for some reason.”

If Johnson does retain the title, he will be the first player to do so in the US Open since another American, Curtis Strange, won at the Oak Hill Country Club in Rochester, New York, in 1989 a year after his success at Brookline in Massachusetts.

Johnson’s challenge will begin on the 10th tee at 8.35am local time in a group containing two other former champions, Jordan Spieth of the United States and Germany’s Martin Kaymer, who topped the leaderboards in 2015 and 2014 respectively.

Another interesting group will set off from the first hole at 1.36pm as Spain’s Sergio Garcia, who won the Masters this year, heads out with Australia’s Adam Scott and home favourite Bubba Watson.

Reigning Olympic champion Justin Rose of England is also part of an intriguing playing group as the 2013 US Open winner will be alongside the Australian Jason Day and Northern Ireland’s Rory McIlroy, the 2011 champion, with the trio beginning their rounds at 2.09pm.

McIlroy is currently ranked second in the world while Day, the 2015 PGA Championship winner, is third.