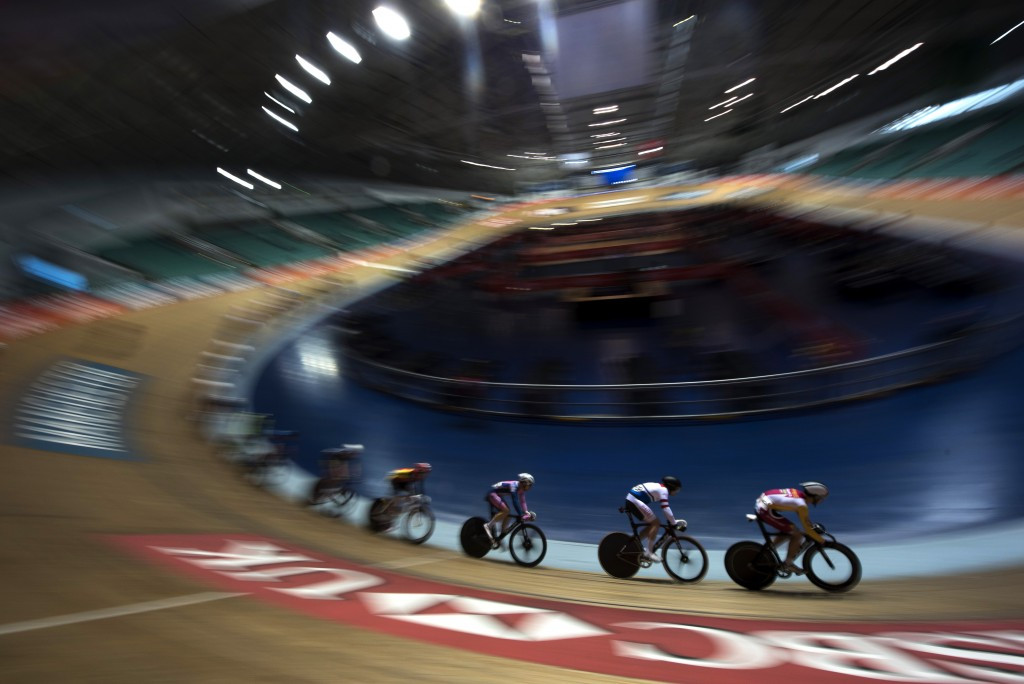 A review into the culture of British Cycling’s world-class performance programme (WCPP) has concluded that some athletes had complained of a “lack of encouragement or support”, while staff members referred to a “culture of fear in the organisation".

Led by Annamarie Phelps, the chairman of British Rowing and vice-chair of the British Olympic Association, the review of British Cycling was launched in April 2016 to look at any lessons the National Federation could learn.

The process was initiated after former technical director Shane Sutton resigned from his role amid accusations of discrimination against sprinter Jess Varnish.

Assessing the period between 2012 and 2016, the panel found that “good governance was lacking at Board level in relation to how it managed the culture and behaviours within the WCPP”.

It claimed while structural recommendations made in a 2012 report by Peter King had been put in place, “hard hitting conclusions” regarding behaviour with the WCPP had not been a focus.

Additionally, the pursuit of medals meant cultural and behavioural issues in the WCPP had led not been prioritised, despite being known since 2012.

Sutton had been accused by Varnish of telling her to "go have a baby", when the sprinter’s contract was not renewed.

He was later accused of referring to Para-cyclists as "wobblies", with Sutton denying all allegations.

A British Cycling investigation concluded in October that Sutton had used "inappropriate and discriminatory language" towards sprinter Varnish, but another eight claims were dismissed.

The panel stated they “did not view her removal as an act of discrimination but, in the panel’s view at the very least did not follow contractual due process.”

“The conclusion was further strengthened by interviews with some members of staff who informed the panel that they did not agree with Jess Varnish’s removal from the programme,” the panel said.

It deemed the grounds in which an athlete can appeal their non-selection is “unduly restrictive”, while they claim the way Varnish was informed her contract not being renewed was “poor”.

They claim that certain members of the British Cycling Board were believe to be "partisan supporters of Shane Sutton", which could have impacted upon the grievance process.

"Rather than authorising its appointed grievance officer to come to conclusions following their investigation into Jess Varnish’s allegations, the conclusions were to be decided upon by the British Cycling Board collectively," the report states.

"Taking into account the professional experience of the panel in terms of grievance processes, that approach was inappropriate and indicative of vested interests within the British Cycling Board who may have wished to control the grievance outcome.

"This point is further enhanced by the British Cycling Board apparently not following independent legal advice about how to handle the Jess Varnish grievance."

They also deemed that "language rather than decision-making that could be viewed as discriminatory because of sex and/or amounting to sex harassment".

The report recommends leadership within the Board and WCPP needs to change, with a fresh start required, including at Board level.

The Board and its new chief executive Julie Harrington are recommended to work with UK Sport to monitor steps being taken to implement the recommendations, which include training and development being rolled out across the organisation.

Regarding the staff at the WCPP, professional development by way of coaching and course-attendance should be offered, including surrounding topics of equality and discrimination.

Another recommendation is for athlete leadership and empowerment to developed, while selection procedures need to be improved.

This includes the communication of ongoing performances, selection decisions and the appeal process.

Selection-related procedures are recommended to be reviewed after each Olympic cycle with athlete-input.

“We accept, in full, the recommendations in the Cycling Independent Review (CIR) and apologise for where we have failed or fallen short of the standards which we should have achieved," said Jonathan Browning, British Cycling's chairman.

“It is clear from the CIR that our structures and procedures, especially at the leadership level within the WCPP, were lacking.

"Since the findings were shared with us, we have rapidly made major changes to the WCPP and to our leadership, operations and governance so that we can ensure that British Cycling learns these lessons and becomes a world class governing body.

“The report states that the experiences of some people on the WCPP were not representative of the whole, however this does not diminish the seriousness of the allegations.

"We hear those criticisms clearly and have and are, committed to acting on them.

“Since becoming chair in February, we have quickly steered through widespread changes to British Cycling’s leadership and governance, some of which still require final approval at our Extraordinary General Meeting on July 22.

"Our proposals to alter the Board and the recruitment of new senior executives, demonstrates our commitment to professionalise and significantly improve the governance, transparency and strength of our sport – for the good of all involved.

“The action plan I announced in March goes beyond the recommendations in the CIR.

"In the action plan we identified 39 areas for immediate action in the areas of governance; leadership and management; culture; athlete whole-life development and welfare; and best practice in operational delivery and performance management.

"We are determined to learn the lessons and move forward, ensuring effective and accountable leadership that fosters a transparent and inclusive culture at British Cycling."

A final assertion in the report is for British Cycling's UK Sport funding to be made conditional on the implementation of the recommendations made.

UK Sport have also accepted the findings and state they will conduct a root and branch review of culture across the high performance system.

They state the organisation will strengthen case management of WCPP to ensure full and effective accountability, while they will require all copies of any reviews conducted that relate to the sport’s programmes.

The establishment of a sport integrity function at UK Sport will advise on policies and procedures for handling and reviewing cultural or behavioural issues.

UK Sport funded sports will be required to establish appropriate channels for the voice of the athletes to be heard.

“There is no doubt that the recommendations and findings represent an invaluable opportunity for positive change to enable British Cycling and the entire high performance system to deliver more sustainable future success.

“While there are many sports and hundreds of people working across the high performance system that are models of good practice in their commitment to excellence in every respect, there are important lessons to be learnt for UK Sport and for every sport we work with.

“I accept that UK Sport should have been more alert to warning signs of cultural challenges developing in British Cycling.

“If we had, we would have focused on working with the sport to find the solution to tackle these issues.

“Our action plan commits to strengthening our case management to ensure greater oversight of World Class Programmes, with a particular focus on culture and duty of care.”

Responding to the report, Sports Minister Tracey Crouch stated "Duty of care towards athletes and good governance in sport is of the utmost importance."

"We welcome the independent panel's report and it is right that British Cycling and UK Sport implement its recommendations and ensure the welfare of athletes is put first.

"We want first class governance from all sports bodies - that is why we have made public funding conditional on adherence to the code for sports governance."

The report can be read in full here Cycling Independent Review Panel Report.pdf