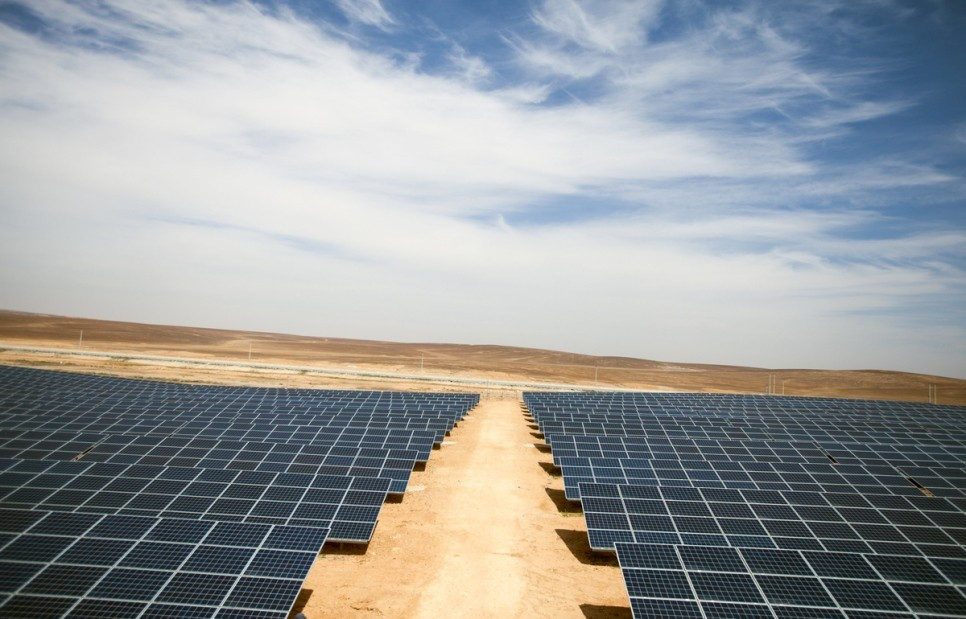 A Jordanian refugee camp which is being supported by the Taekwondo Humanitarian Foundation (THF) has become the first of its kind to be powered by renewable energy.

Switched on by the United Nations High Commissioner for Refugees (UNHCR) Deputy High Commissioner Kelly T. Clements, the new two-megawatt solar photovoltaic plant in Azraq will provide free clean energy to around 20,000 Syrian refugees living in shelters that have been linked up to the electricity grid since January.

The grid is due to be expanded to all 36,000 refugees currently residing in the camp by early 2018.

The plant was built at a cost of €8.75 million (£7.68 million/$9.81 million), which was funded completely by the IKEA Foundation’s "Brighter Lives for Refugees" campaign.

It is claimed it will result in immediate energy savings of €1.3 million (£1.2 million/$1.5 million) a year - which the UNHCR intends to reinvest in other much-needed assistance - as well as annual CO2 emissions savings of 2,370 tons.

For the past two-and-a-half years, Azraq’s residents have been dependent on portable solar lanterns to light their homes and they have had no reliable means of preserving food or cooling their shelters amid the town's extremely hot conditions.

More than 50 refugees in the camp were employed to help construct the plant under the supervision of Jordanian solar company Mustakbal, providing them welcome income and training.

With Azraq’s solar plant being connected to Jordan’s national grid, any unused electricity generated can be fed back into the network at zero cost.

"Lighting up the camp is not only a symbolic achievement; it provides a safer environment for all camp residents, opens up livelihoods opportunities, and gives children the chance to study after dark," Clements, who has visited Azraq, said.

"Above all, it allows all residents of the camps to lead more dignified lives."

Stefano Severe, UNHCR’s Representative for Jordan, added: "The construction of the solar plant is a remarkable example of cooperation between a host Government, a private organisation, and UNHCR.

"Through the generous support of the IKEA Foundation and with the collaboration of the Government of Jordan, we can not only address the immediate electricity requirements of refugees living in Azraq, but we can also support the longer-term energy needs of refugees and the Jordanian host communities."

He has previously volunteered in Rwanda for the World Taekwondo Federation’s (WTF) Taekwondo Peace Corps, which deploys instructors to developing nations worldwide.

The training, Yoo said, gives the students a "sense of belonging as a team" as well as beneficial skills such as self-defence.

The camp was the THF's first full-time and permanent programme.